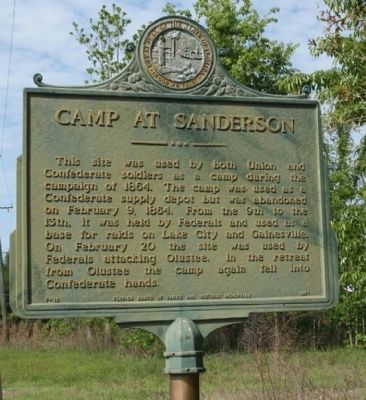 By Mike Stroud, March 30, 2012
1. Camp at Sanderson Marker
Inscription.
Camp at Sanderson. . This site was used by both Union and Confederate soldiers as a camp during the campaign of 1864. The camp was used as a Confederate supply depot but it was abandoned on February 9, 1864. From the 9th to the 13th, it was held by Federals and used as a base for raids on Lake City and Gainesville. On February 20 the site was used by Federals attacking Olustee. In retreat from Olustee the camp again fell into Confederate hands. . This historical marker was erected in 1961 by Florida Board of Parks and Historic Memorials. It is in Sanderson in Baker County Florida

Erected 1961 by Florida Board of Parks and Historic Memorials. (Marker Number F-18.)

Topics. This historical marker is listed in this topic list: War, US Civil. A significant historical date for this entry is February 9, 1864. 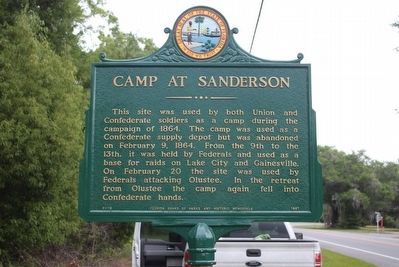 Also see . . .  The Battle of Olustee. ...The Federals advanced in three columns along the Lake City and Jacksonville Road, which ran roughly parallel to the Florida Atlantic and Gulf-Central Railroad. The Federal cavalry was in the vanguard, followed by the slower-moving infantry.... (Submitted on April 18, 2012, by Mike Stroud of Bluffton, South Carolina.)

Additional commentary.
1. The Beginning of the End
The Confederate states began relying heavily on Florida's farmers to furnish beef, pork, beans, potatoes, and salt to sustain its military forces. The Union's attempt to restore Florida to the Union and to cut off these vital supplies, leads here on the afternoon of February 20, 1864, to the Battle of Olustee.
— Submitted April 18, 2012, by Mike Stroud of Bluffton, South Carolina. 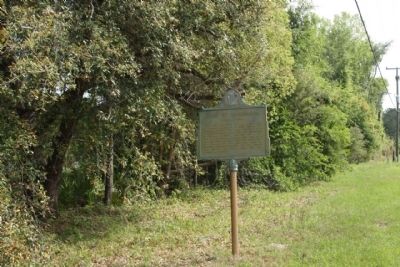 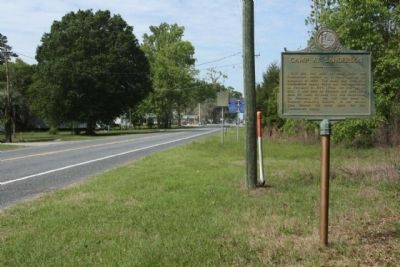 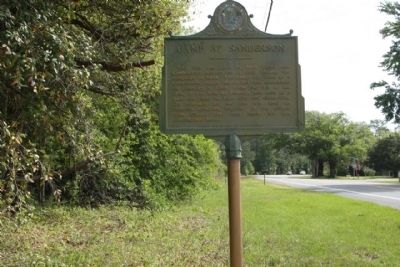 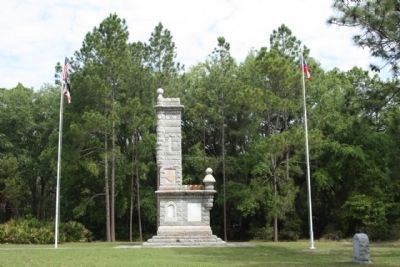 By Mike Stroud, March 30, 2012
6. Nearby Battle of Olustee Memorial erected by the United Daughters of the Confederacy 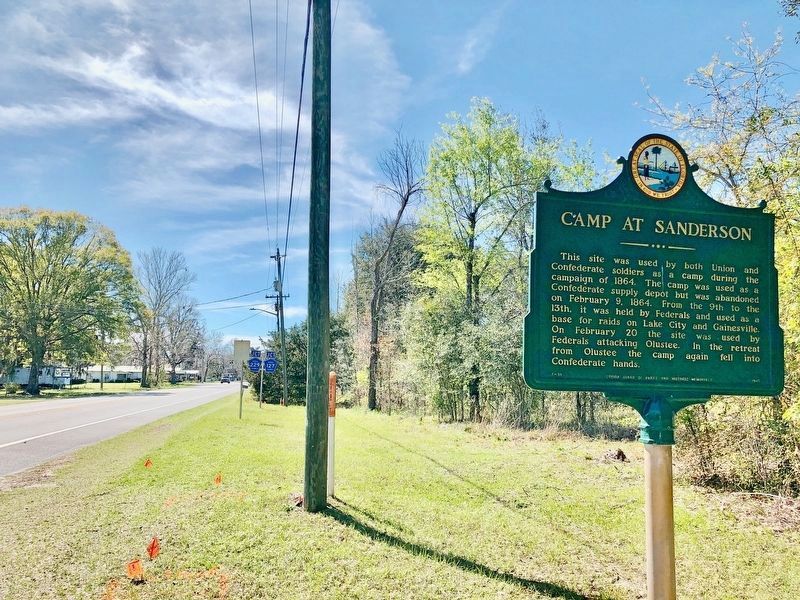