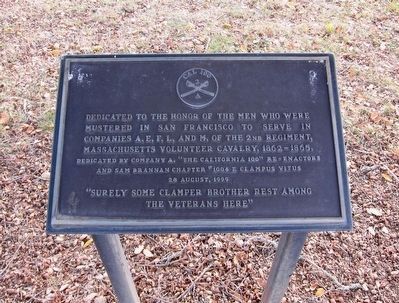 Dedicated to the honor of the men who were mustered in San Francisco to serve in the companies A, E, F, L, and M of the 2nd Regiment, Massachusetts Volunteer Cavalry, 1862-1865.

“Surely some Clamper brother rests among the veterans here”

Topics and series. This historical marker is listed in this topic list: War, US Civil. In addition, it is included in the E Clampus Vitus series list. A significant historical date for this entry is August 28, 1999.

Location. 38° 23.488′ N, 122° 22.203′ W. Marker is in Yountville, California, in Napa County. Marker can be reached from Imperial Road. The marker is located at the cemetery at the Veterans Home of California. It is near the flagpole on the hill overlooking the cemetery. Touch for map. Marker is in this post office area: Yountville CA 94599, United States of America. Touch for directions. 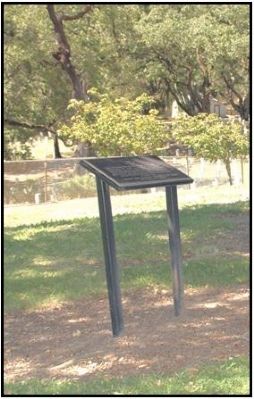 Also see . . .  2nd Regiment of Cavalry, Massachusetts Volunteers (The California 100...). The California Military Museum's Page for the California 100: "Many patriotic young men on the West coast had followed the war in the newspapers and were anxious for a chance to join in the fight. But they knew that if they joined a California unit they would be stationed in the West - fighting Indians, guarding wagon trains, or doing garrison duty. And so, in the late summer of 1862, a group of Californians, all, but one, originally from the East Coast, contacted Governor Andrew of Massachusetts and proposed to raise one hundred volunteers to form a separate company in a cavalry regiment that was being raised in Massachusetts. The Governor readily agreed, with the condition that the Californians would provide their own uniforms and equipment. Officially they became Company "A" of the 2nd Massachusetts Cavalry, but they were more popularly known as the "California Hundred'. (Submitted on December 7, 2015.) 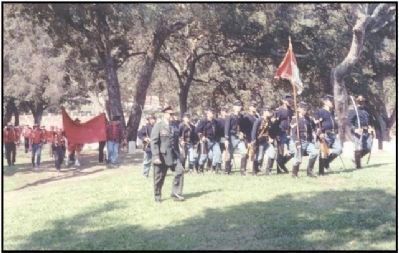 Photographed By Rich Benyo,
3. Cal 100
Members of the “California 100” Re-enactors along with Sam Brannan Chapter Clampers participated in the dedication of the monument.

Additional commentary.
1. Additional Information Regarding the Marker Dedication
Rich Benyo was Noble Grand Humbug when this plaque was dedicated. Plaque wording by Loren A. Wilson. Bob Campbell designed and constructed the monument.
— Submitted April 22, 2012, by Loren Wilson of Sebastopol, California. 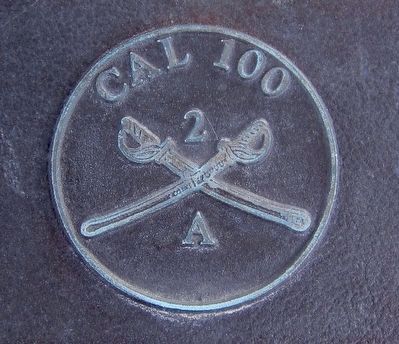 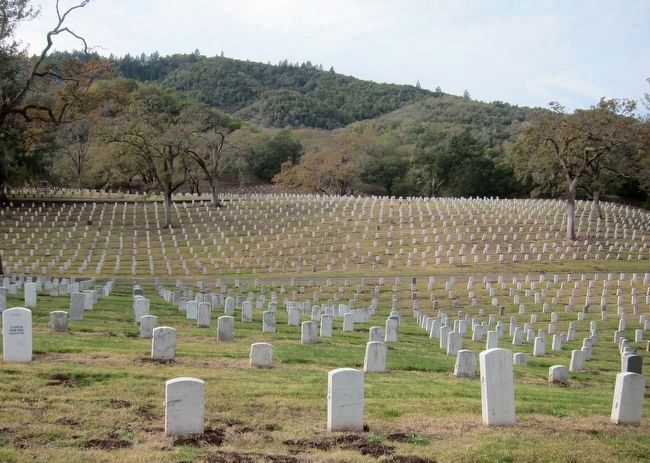