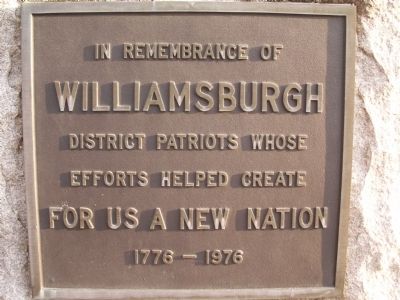 By Anna Inbody, March 18, 2012
1. Williamsburgh Marker
Inscription.
Williamsburgh. . In remembrance of Williamsburgh District Patriots whose efforts helped create for us a new nation 1776 ~ 1976 . This historical marker was erected in 1976. It is in Kingstree in Williamsburg County South Carolina

Location. 33° 39.819′ N, 79° 49.831′ W. Marker is in Kingstree, South Carolina, in Williamsburg County. Marker is on West Main Street, on the left when traveling west. Touch for map. Marker is in this post office area: Kingstree SC 29556, United States of America. Touch for directions. 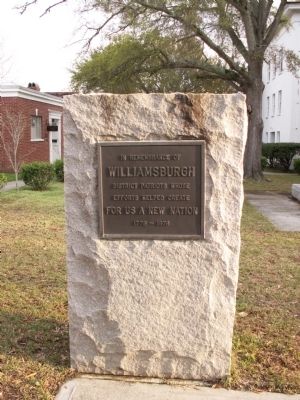