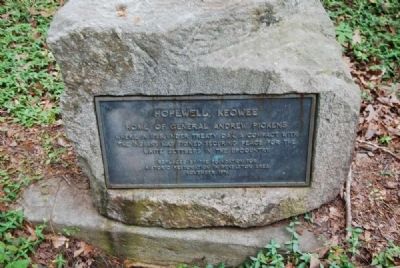 Photographed By Brian Scott, April 23, 2012
1. Hopewell, Keowee Marker
Inscription.
Hopewell, Keowee. Home of General Andrew Pickens.
Where in 1765, under Treaty Oak, a compact with the Indians was signed securing peace for the white settlers in the Upcountry.. . This historical marker was erected in 1976 by Foundation for Historic Restoration in the Pendleton Area. It is in Clemson in Pickens County South Carolina

Where in 1765, under Treaty Oak, a compact with the Indians was signed securing peace for the white settlers in the Upcountry.

Erected 1976 by Foundation for Historic Restoration in the Pendleton Area.

Topics. This historical marker is listed in this topic list: Native Americans. A significant historical year for this entry is 1765.

Location. 34° 39.367′ N, 82° 50.517′ W. Marker is in Clemson, South Carolina, in Pickens County. Marker can be reached from West Cherry Road. Marker is located at the end of a trail about 1/4 mile from the Hopewell roadside marker. Touch for map. Marker is in this post office area: Pickens SC 29671, United States of America. Touch for directions. 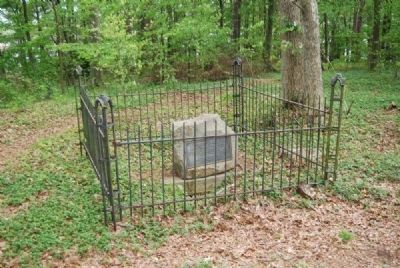 Additional commentary.
1. Treaty Oak
On the grounds of Hopewell stood an oak under which was signed the Treaty of Hopewell, negotiated in 1785 by General Pickens with several Indian tribes. By this treaty the aborigines, who had no understanding of land ownership, surrendered their rights to about one third each of Georgia and Tennessee, North Carolina west of the Blue Ridge, and to the present counties of Oconee, Anderson, Pickens, and Greenville in South Carolina. Representatives of the other areas concerned and some 1,000 Indians, including 37 chiefs, attended the council, which lasted 10 days. One provision of the treaty led to the exchange of Anna Calhoun, a relative of the statesman, who was a prisoner of the Indians. "Treaty Oak" stood for more than 100 years after it had sheltered the council. After its decay, one sound limb was used by Mrs. Mary Cherry Doyle, owner of the place, for 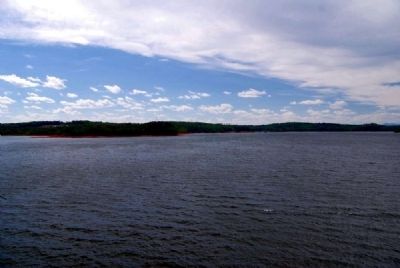 Photographed By Brian Scott, April 23, 2012
3. Lake Hartwell
Most of Hopewell is now under the waters of Lake Hartwell, visible from Treaty Oak.
making gavels that were presented to various chapters of the D.A.R. (Source: South Carolina: A Guide to the Palmetto State by Federal Writers Project (1976), pg. 443.)
— Submitted April 28, 2012, by Brian Scott of Anderson, South Carolina. 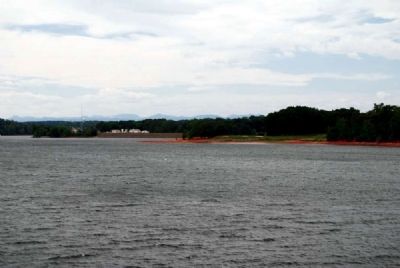 Photographed By Brian Scott, April 23, 2012
4. Site of Fort Rutledge and the Battle of Seneca Town
Visible from Treaty Oak 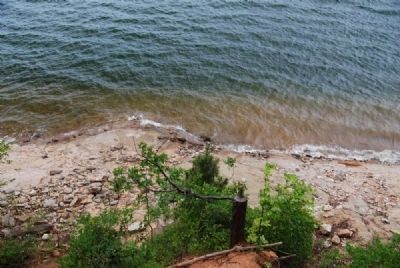