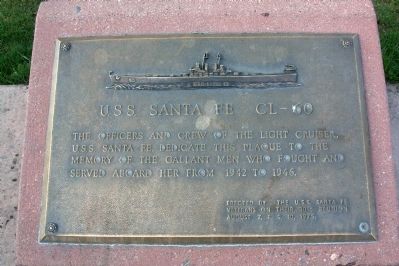 The officers and crew of the light cruiser, U.S.S. Santa Fe, dedicate this plaque to the memory of the gallant men who fought and served aboard her from 1942 to 1946. 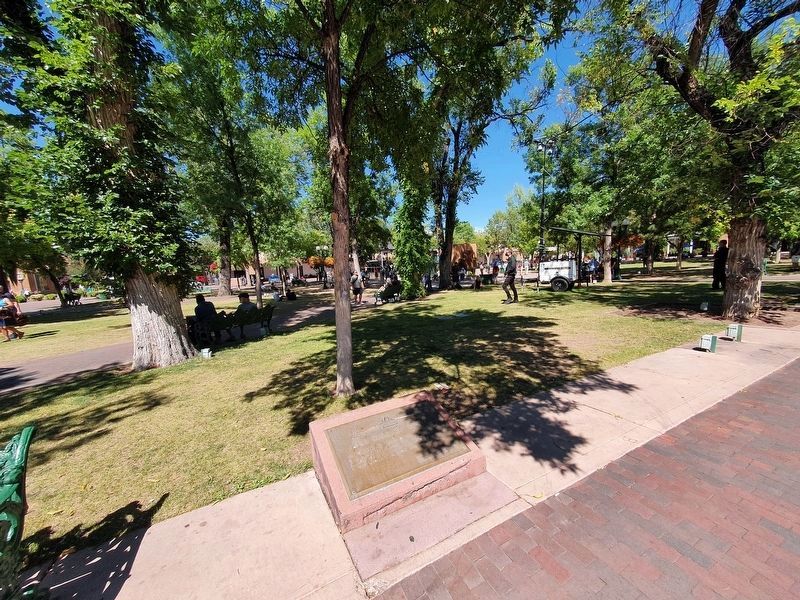 Also see . . .  Wikipedia Entry. “Santa Fe sortied from the Marshalls with a group centered around carrier Bunker Hill, and guarded her consorts during intense air strikes on Saipan, Tinian, and Guam from 11-16 June 1944 in support of landings on Saipan. But the Japanese fleet raced into the area to make a major effort to save the Marianas. On the morning of 19 June, swarms of Japanese carrier aircraft attacked the American 5th Fleet. Santa Fe's guns contributed to an almost impenetrable shield of flak which protected the US carriers while American naval aviators destroyed Japan's naval air arm. Through the night and into the following day, the 5th Fleet pursued the retiring enemy warships, located them at mid-afternoon, and launched planes for a successful attack. That night, Santa Fe, ignoring possible Japanese submarines, turned on her lights to help guide the American planes back 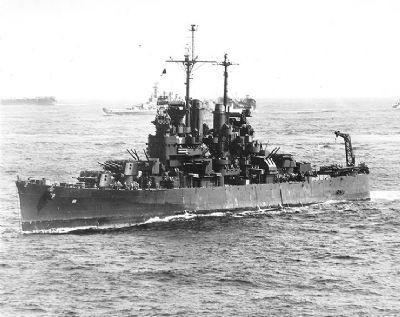