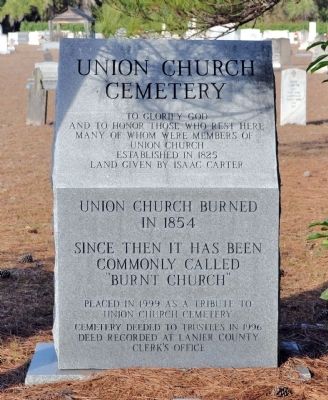 Since then it has been commonly called
“Burnt Church”

Placed in 1999 as a tribute to Union Church Cemetery

Cemetery deeded to trustees in 1996

Topics. This historical marker is listed in these topic lists: Cemeteries & Burial Sites • Churches & Religion. A significant historical year for this entry is 1825.

Other nearby markers. At least 8 other markers are within 2 miles of this marker, measured as the crow flies. Burnt Church (within shouting distance of this marker); Union Baptist Church (approx. one mile away); Fender Cemetery 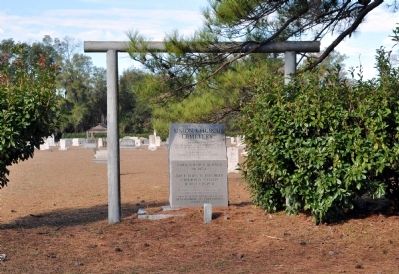 More about this marker. The marker stands opposite the Burnt Church. 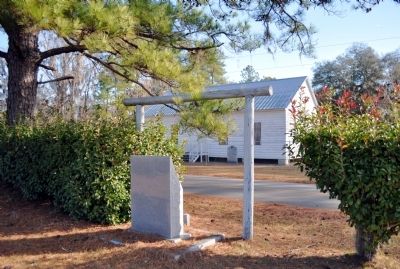 Photographed By David Seibert, January 16, 2012
3. Union Church Cemetery Marker
The Burnt Church and its marker are visible in the background. 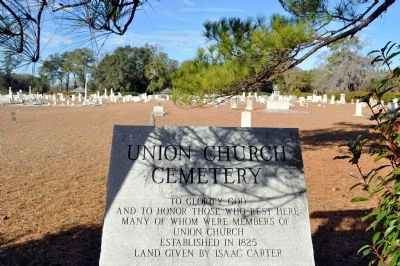 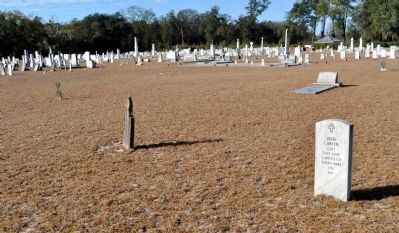 Photographed By David Seibert, January 16, 2012
5. Union Church Cemetery
The grave of Jesse Carter, a Captain in the Indian Wars, is in the foreground. Carter donated the land for the Union (Burnt) Church. 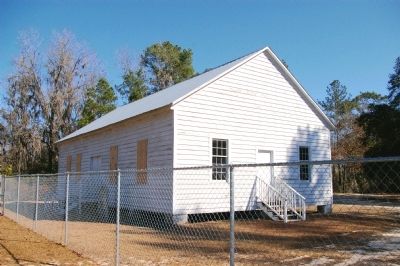