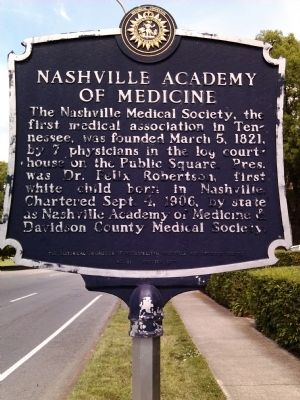 Erected 1977 by The Historical Commission of Metropolitan Nashville and Davidson County. (Marker Number 61.)

Topics and series. This historical marker is listed in these topic lists: Science & Medicine • Settlements & Settlers. In addition, it is included in the Tennessee, The Historical Commission of Metropolitan Nashville and Davidson County series list. A significant historical date for this entry is March 5, 1987.

Location. Marker has been reported permanently removed. It was located near 36° 8.455′ N, 86° 49.031′ W. Marker was in Nashville, Tennessee, in Davidson County. Marker was at the intersection of West End Avenue and Acklen Park Drive, on the right when traveling east on 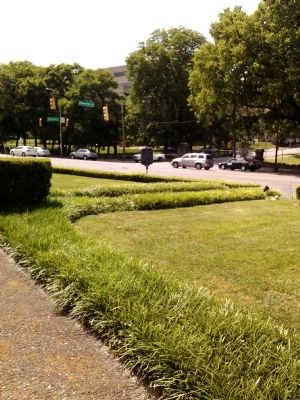 Photographed By Kevin Hoch, May 2, 2012
2. Nashville Academy of Medicine Marker

Click or scan to see
this page online
West End Avenue. Touch for map. Marker was in this post office area: Nashville TN 37215, United States of America. Touch for directions.

Other nearby markers. At least 8 other markers are within walking distance of this location. A different marker also named Nashville Academy of Medicine (a few steps from this marker); XVI Corps Line of Departure (about 700 feet away, measured in a direct line); Albertine Maxwell (about 800 feet away); Love Circle Park (approx. ¼ mile away); The Old Woman's Home (approx. 0.3 miles away); Jewish Community Center Bombing (approx. 0.4 miles away); Natchez Trace (approx. half a mile away); Cockrill Spring (approx. half a mile away). Touch for a list and map of all markers in Nashville. 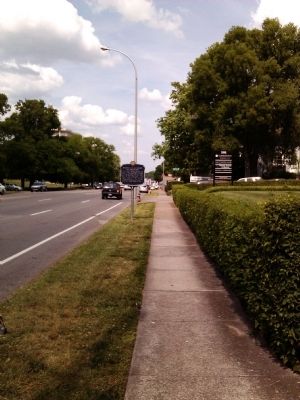