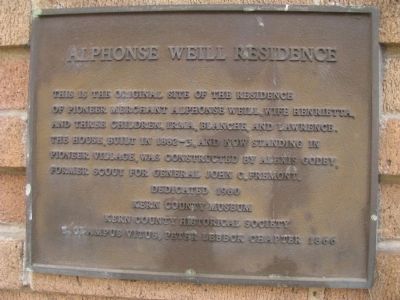 This is the original site of the residence of pioneer merchant Alphone Weill, wife Henrietta, and three children, Irma, Blanche, and Lawrence. The house, built in 1882-3, and now standing in Pioneer Village, was constructed by Alexis Godey, former scout for General John C. Fremont.

Topics and series. This historical marker is listed in these topic lists: Industry & Commerce • Settlements & Settlers. In addition, it is included in the E Clampus Vitus series list. 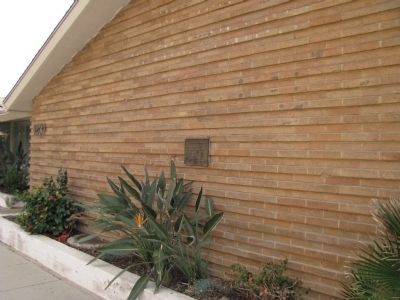 Related marker. Click here for another marker that is related to this marker. The Weill House at Pioneer Village 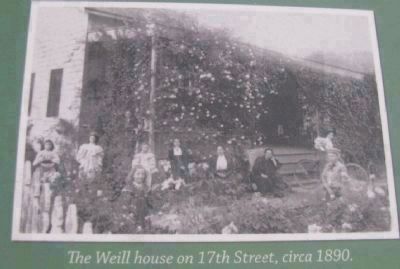 Photographed By Denise Boose, January 8, 2012
3. Alphonse Weill Residence
This photo is on display at the Kern County Museum on a Wayside Marker titled Weill House 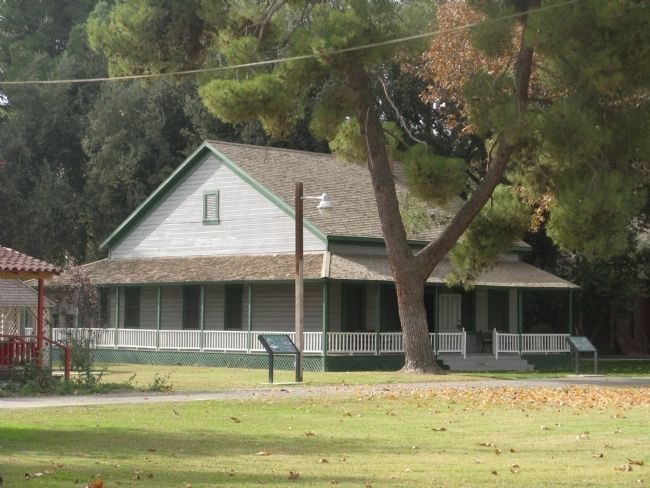