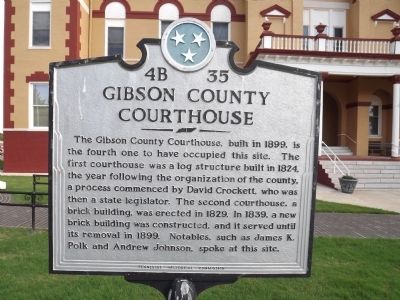 The Gibson County Courthouse, built in 1899, is the fourth one to have occupied this site. The first courthouse was a log structure built in 1824, the year following the organization of the county, a process commenced by David Crockett, who was then a state legislator. The second courthouse, a brick building, was erected in 1829. In 1839, a new brick building was constructed, and it served until its removal in 1899. Notables, such as James K. Polk and Andrew Johnson, spoke at this site.

Topics and series. This historical marker is listed in this topic list: Settlements & Settlers. In addition, it is included in the Former U.S. Presidents: #17 Andrew Johnson, and the Tennessee Historical Commission series lists. A significant historical year for this entry is 1899. 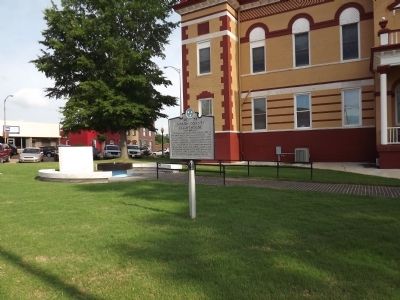 Click or scan to see
this page online
when traveling east on Eaton Street. Touch for map. Marker is in this post office area: Trenton TN 38382, United States of America. Touch for directions. 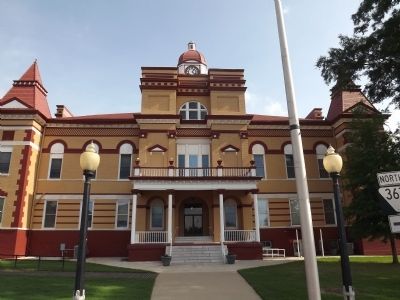