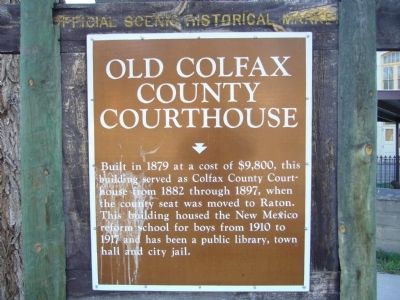 Built in 1879 at a cost of $9,800, this building served as the Colfax County Courthouse from 1882 through 1897, when the county seat was moved to Raton. This building housed the New Mexico reform school for boys from 1910 to 1917 and has been a public library, town hall and city jail.

Topics. This historical marker is listed in this topic list: Notable Buildings. A significant historical year for this entry is 1879.

Other nearby markers. At least 2 other markers are within walking distance of this marker. The Santa Fe Trail (here, next to this marker); Springer (approx. half a mile away). 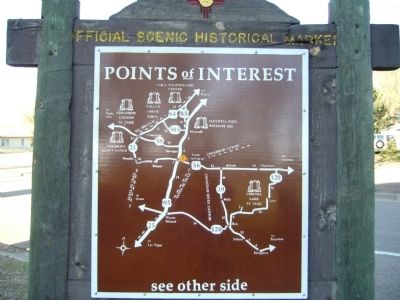 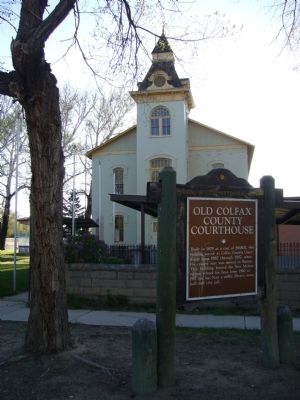 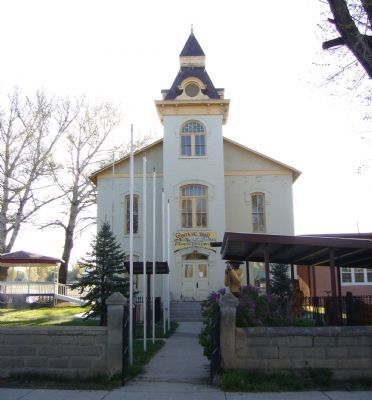