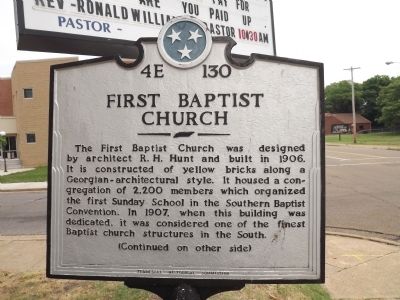 (Front Side):
First Baptist Church
The First Baptist Church was designed by architect R. H. Hunt and built in 1906. It is constructed of yellow bricks along a Georgian-architectural style. It housed a congregation of 2,200 members which organized the first Sunday School in the Southern Baptist Convention. In 1907, when this building was dedicated, it was considered one of the finest Baptist church structures in the South.
(Continued on other side)

(Back Side):
Mt. Olive CME Church
(Continued from other side)
Founded in 1848, Mt. Olive Cathedral Christian Methodist Episcopal Church, an African-American congregation under the leadership of the Rev. W. A. Johnson, purchased this building from First Baptist Church in 1947. In 1950, two years before the congregation moved into its new building, the Rev. Johnson died and his funeral was held at the First Baptist Church. Under the guidance of the Rev. Phillip E. Brooks, Sr., in 1952, the congregation moved to this location. 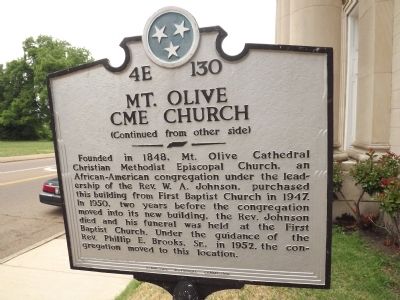 Topics and series. This historical marker is listed in these topic lists: African Americans • Churches & Religion. In addition, it is included in the Tennessee Historical Commission series list. 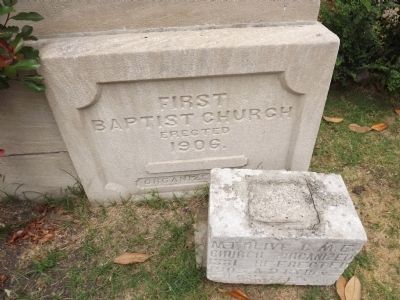 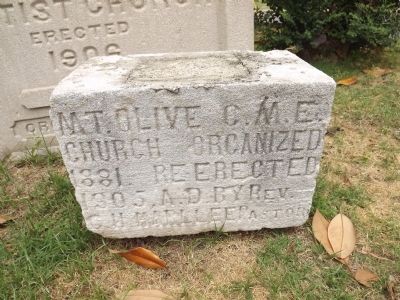 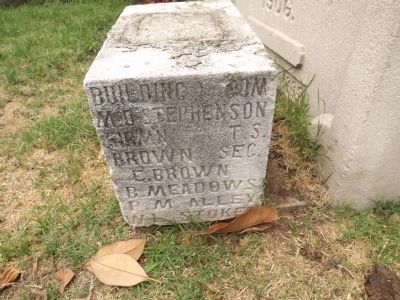