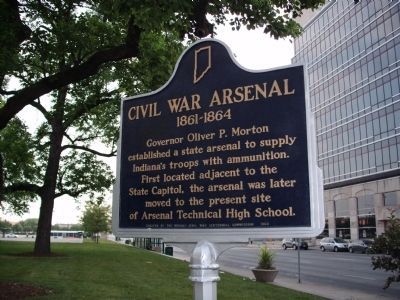 By Courtesy:: Marilyn S. Wolf, May 20, 2012
1. Civil War Arsenal 1861 - 1864 Marker
Inscription.
Civil War Arsenal 1861 - 1864. . Governor Oliver P. Morton established a state arsenal to supply Indiana's troops with ammunition. First located adjacent to the State Capitol, the arsenal was later moved to the present site of Arsenal Technical High School. . This historical marker was erected in 1964 by Erected by the Indiana Civil War Centennial Commission, (1963). It is in Indianapolis in Marion County Indiana

Topics and series. This historical marker is listed in this topic list: War, US Civil. In addition, it is included in the Indiana Historical Bureau Markers series list.

Location. 39° 46.124′ N, 86° 9.714′ W. Marker is in Indianapolis, Indiana, in Marion County. Marker is at the intersection of North Capitol Avenue and West Market Street, on the right when traveling south on North Capitol Avenue. Located at the East Entrance of the Indiana State House - on the right side in Indianapolis, Indiana. Touch for map. Marker is at or near this postal address: 200 West Washington Street, Indianapolis IN 46204, United States of America. Touch for directions.

Other nearby markers. At least 8 other markers are within walking distance of this marker. Oliver Perry Morton (a few steps from this marker); The Lincoln Funeral Train (within 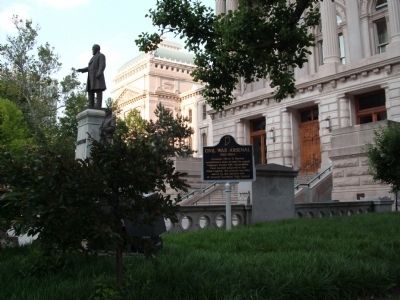 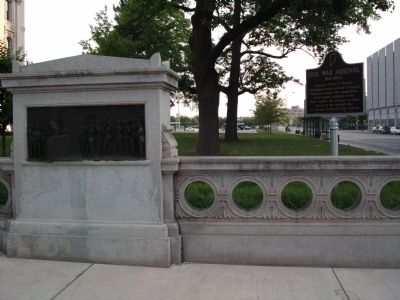 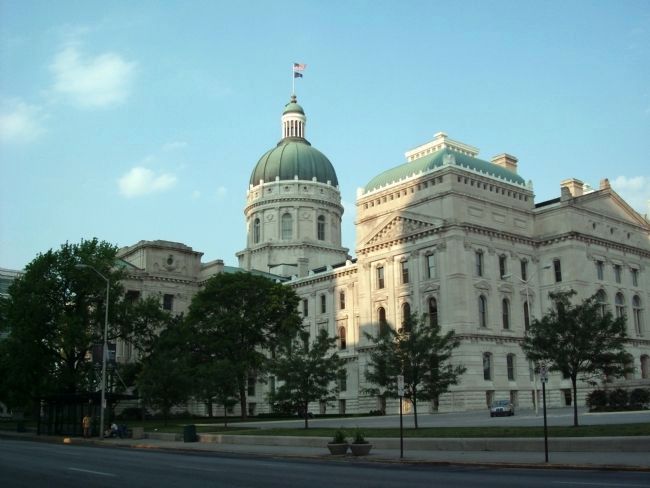