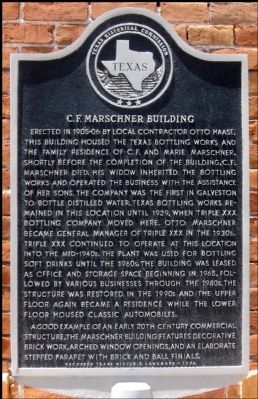 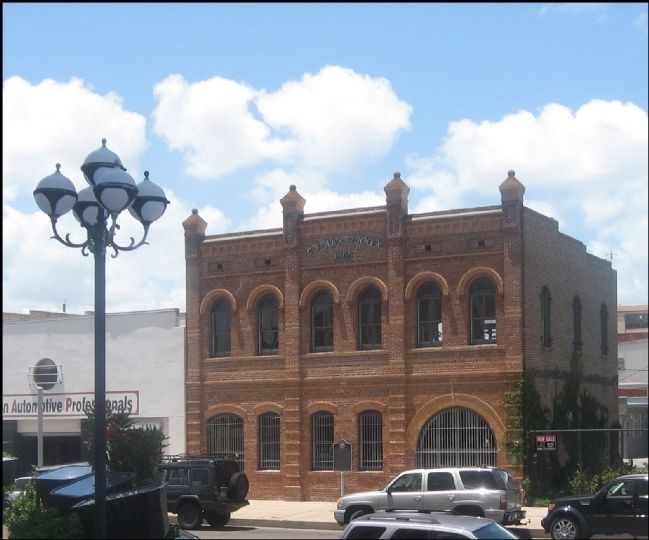 Topics. This historical marker is listed in this topic list: Industry & Commerce. A significant historical year for this entry is 1929.

Other nearby markers. At least 8 other markers are within walking distance of this marker. American National Insurance Company (within shouting distance of this marker); Old Galveston Market House and City Hall (about 300 feet away, measured in a direct line); Hendley's Row (about 500 feet away); Hendley Row (about 500 feet away); The Hendley Building (about 500 feet away); Kuhn's Wharf (about 600 feet away); Custom House, Post Office and United States Court House (about 700 feet away); Galveston Historical Foundation (about 700 feet away). Touch for a list and map of all markers in Galveston.
Credits. This page was last revised on October 23, 2020. It was originally submitted on May 24, 2012, by Jim Evans of Houston, Texas. This page has been viewed 691 times since then and 22 times this year. Photos:   1, 2. submitted on May 24, 2012, by Jim Evans of Houston, Texas. • Bernard Fisher was the editor who published this page.
Share this page.