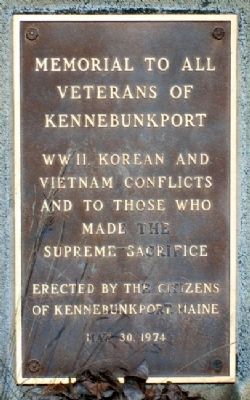 Photographed By William Fischer, Jr., September 26, 2011
1. Veterans Memorial Marker
Inscription.
Veterans Memorial. . ,
Memorial to all Veterans of Kennebunkport, world war two Korean and Vietnam Conflicts and to those who made the supreme sacrifice, May 30, 1974. . This memorial was erected in 1974 by the Citizens of Kennebunkport, Maine. It is in Cape Porpoise in York County Maine

Memorial to all
Veterans of Kennebunkport

Erected 1974 by the Citizens of Kennebunkport, Maine.

Location. 43° 22.35′ N, 70° 26.306′ W. Marker is in Cape Porpoise, Maine, in York County. Memorial is at the intersection of Mills Road (Maine Route 9) and Main Street (Maine Route 9), on the right when traveling south on Mills Road. Memorial is on the grounds of the Atlantic [Fire] Engine Company, across Maine Route 9 from Atlantic Hall. Touch for map. Marker is in this post office area: Cape Porpoise ME 04014, United States of America. Touch for directions.

Other nearby markers. At least 8 other markers are within 4 miles of this marker, measured as the crow flies. The Battle of Cape Porpoise (Goat Island) (approx. 0.6 miles away); Soldiers and Sailors Memorial (approx. 2.1 miles away); Vatican Pavilion Sculpture 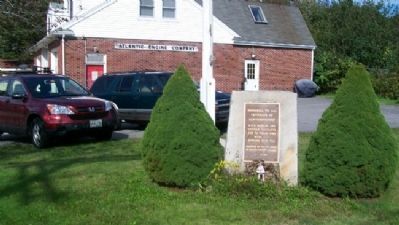 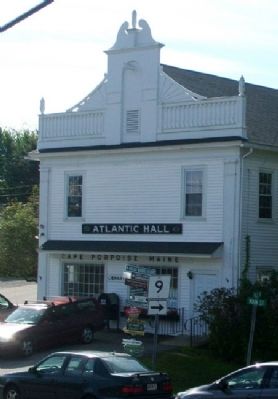