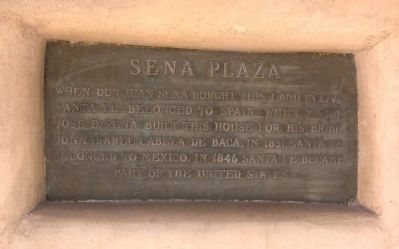 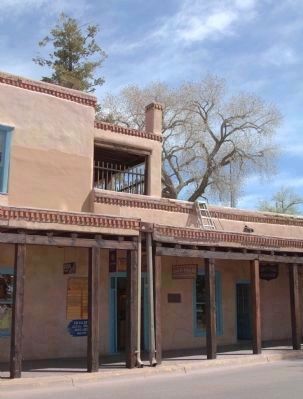 By J. J. Prats, April 13, 2012
2. Sena Plaza Entrance and Plaque
The plaque is to the left of the turquoise-painted door in the center of this photograph. It takes you to into a leafy courtyard with a fountain and shops, and art galleries on two levels. Upper walkway railing is visible above the door.
(within shouting distance of this marker); Kateri Tekakwitha (within shouting distance of this marker); Hitching Post at the End of the Trail (about 400 feet away, measured in a direct line); Site of Santa Fe’s First Chapel (about 400 feet away); Fray Angélico Chávez (about 400 feet away); Santa Fe Trail (about 500 feet away). Touch for a list and map of all markers in Santa Fe. 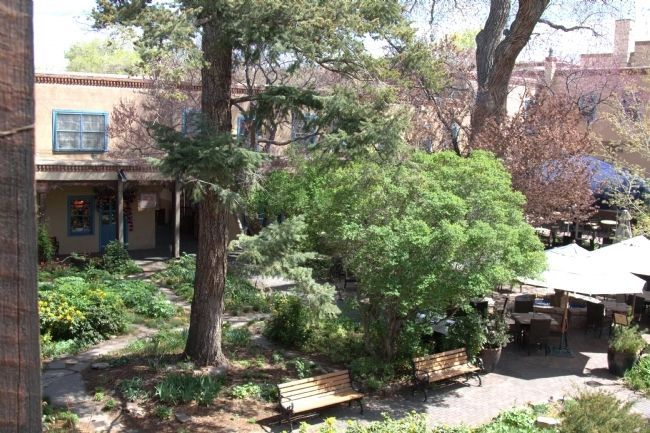 By J. J. Prats, April 13, 2012
3. Sena House Courtyard
This view is from the upper level walkway. A ground floor restaurant has outdoor seating under oversize umbrellas. 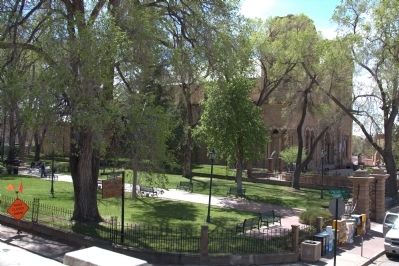