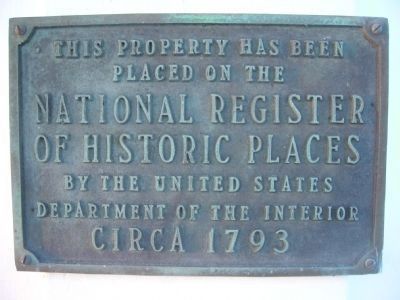 By Howard C. Ohlhous, February 20, 2008
1. Christ Episcopal Church Marker
Listed April 24, 1987
Inscription.
Christ Episcopal Church. .
This property has been placed on the National Register of Historic Places by the United States Department of the Interior Circa 1793. . This historical marker was erected by United States Department of the Interior. It is in Duanesburg in Schenectady County New York

Erected by United States Department of the Interior.

Location. 42° 46.133′ N, 74° 9.315′ W. Marker is in Duanesburg, New York, in Schenectady County. Marker is at the intersection of Great Western Turnpike (U.S. 20) and Duanesburg Churches Road (County Route 127), on the right when traveling west on Great Western Turnpike. The marker is mounted to the right of the main entrance to the church. Touch for map. Marker is in this post office area: Delanson NY 12053, United States of America. Touch for directions. 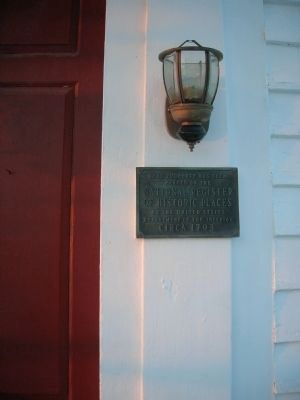 By Howard C. Ohlhous, February 20, 2008
2. Christ Episcopal Church Marker
(within shouting distance of this marker); Michael Righter (approx. one mile away); Town of Duanesburg (approx. 1.2 miles away); Christman Sanctuary (approx. 2.2 miles away); Great Lot 92 (approx. 2.3 miles away). Touch for a list and map of all markers in Duanesburg.

More about this marker. This site was listed with the National Register on April 24, 1987

"After the retirement of Judge Duane, one of his first thoughts was for a church, “Cemetary Lot or Square”, having failed to become the head of Duanesburg village, he dedicated it to the uses of the church, and in its center he built the present house of worship. At a meeting of the rector and inhabitants of the town of Duanesburg on Tuesday, September 22, 1793, Judge James Duane, conveyed the hurch and the ground on which it is erected for the public worship of Almighty God according to the rites and sacraments of the Protestant Episcopal Church. The church was admitted to the Diocese of New York in 1789. The parish had a difficult existence for some years previous to 1795. In 1811 a tower and spire was added to the building and a few changes were made in the interior. The building has been kept in excellent repairs, and is the oldest church edifice in the Diocese of Albany which has preserved its primitive architectural design. The 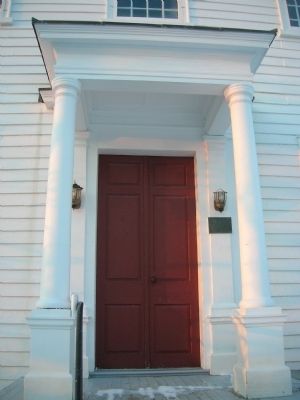 By Howard C. Ohlhous, February 20, 2008
3. Duanesburg's Christ Episcopal Church
The Marker is mounted to the right of the main entrance.
church has been adequately endowed by Judge Duane and succeeding family members and some assistance from Trinity Church of New York during its early beginning." (Submitted on February 22, 2008, by Howard C. Ohlhous of Duanesburg, New York.) 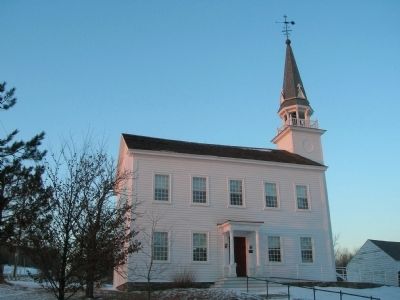 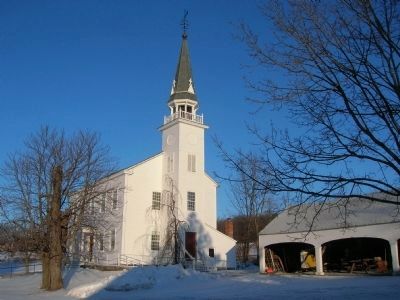 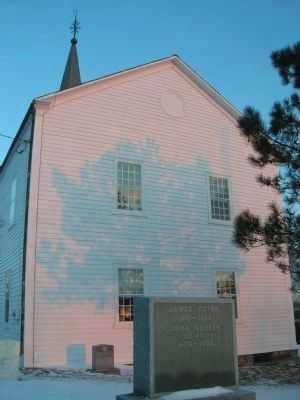 By Howard C. Ohlhous, February 20, 2008
6. Christ Episcopal Church, Duanesburg
There is a cemetery on the grounds of the Church 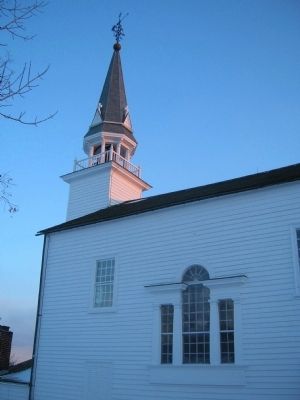 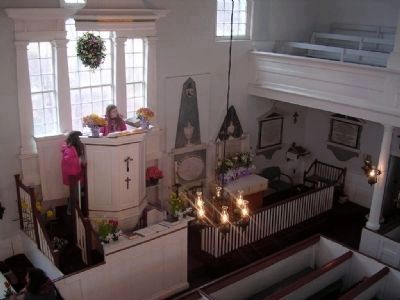 By Howard C. Ohlhous, May 2, 2005
8. Christ Episcopal Church, Interior
The church has a raised pulpit, boxed pews on the floor, and a balcony. There are plaques on the walls dedicated to the individuals buried in the crypt below the church. 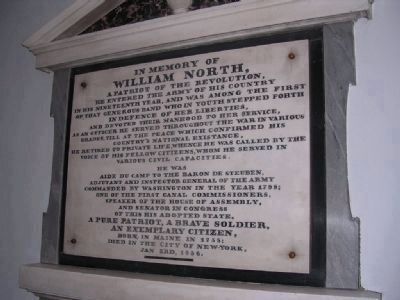 By Howard C. Ohlhous, April 2, 2005
9. William North Plaque
William North is one of the notables buried in the crypt below the church. The plaque reads as follows:
"In Memory of William North, a Patriot of the Revolution, He entered he Army of his country in his nineteenth year, and was among the first of that generous band who in youth stepped forth in defense of her liberties, and devoted their manhood to her service, as an officer he served throughout the war in various grades, till at the peace which confirmed his country's national existence, he retired to private life, whence he was called by the voice of his fellow citizens, whom he served in various civil capacities.
He was Aide Du Camp to the Baron De Steuben, Adjutant and Inspector General of the Army commanded by Washington in the year 1798; one of the first canal commissioners, Speaker of the House of Assembly, and Senator in Congress of this his adopted state. A pure patriot, a brave soldier, and exemplary citizen, Born in Maine in 1755; Died in the City of New-York, Jan 3rd, 1836" 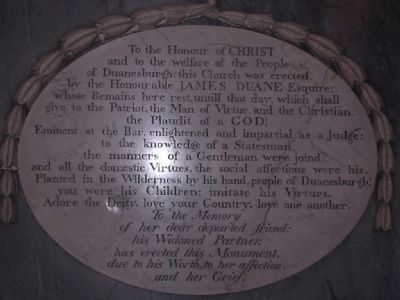 By Howard C. Ohlhous, April 2, 2005
10. James Duane Plaque
James Duane, founder of his namesake, Duanesburg, is also buried in the crypt below the church. The plaque reads as follows:
"To the Honor of Christ and to the welfare of the People of Duanesburgh: this Church was erected, by the Honourable JAMES DUANE Esquire; whose Remains here rest, untill that day, which shall give to the Patriot, the Man of Virtue, and the Christian. the Plaudit of a GOD! Eminent at the Bar, enlightened and impartial as a Judge; to the knowledge of a Statesman, the manners of a Gentleman were joind; and all the domestic Virtues, the social affections were his. Planted in the Wilderness by his hand, people of Duanesburgh! you were his Children; imitate his Virtues. Adore the Deity, love your Country. love one another. To the memory of her dear departed friend; his Widowed Partner; has erected this Monument, due to his Worth, to her affection, and her Grief."
Credits. This page was last revised on June 16, 2016. It was originally submitted on February 21, 2008, by Howard C. Ohlhous of Duanesburg, New York. This page has been viewed 1,017 times since then and 4 times this year. Photos:   1, 2, 3, 4, 5, 6, 7, 8, 9, 10. submitted on February 21, 2008, by Howard C. Ohlhous of Duanesburg, New York. • Kevin W. was the editor who published this page.
Share This Page.