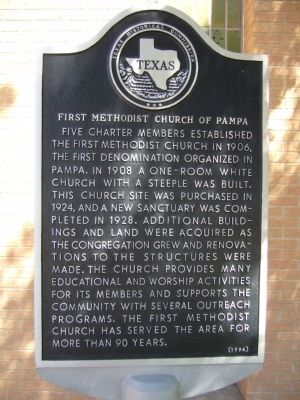 Five charter members established the First Methodist Church in 1906, the first denomination organized in Pampa. In 1908 a one-room white church with a steeple was built. This church site was purchased in 1924, and a new sanctuary was completed in 1928. Additional buildings and land were acquired as the congregation grew and renovations to the structures were made. The church provides many educational and worship activities for its members and supports the community with several outreach programs. The First Methodist Church has served the area for more than 90 years. 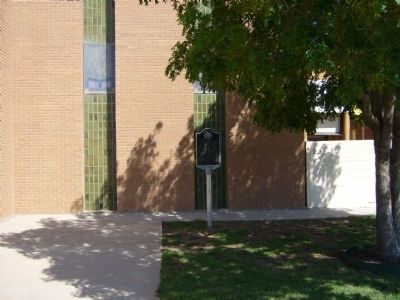 By Bill Kirchner, May 2, 2012
2. First Methodist Church of Pampa Marker
at or near this postal address: 201 East Foster Avenue, Pampa TX 79065, United States of America. Touch for directions. 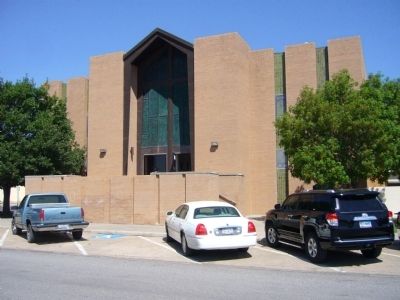