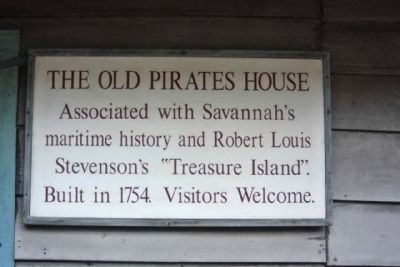 Topics. This historical marker is listed in this topic list: Notable Buildings. A significant historical year for this entry is 1754.

Regarding The Old Pirates House. 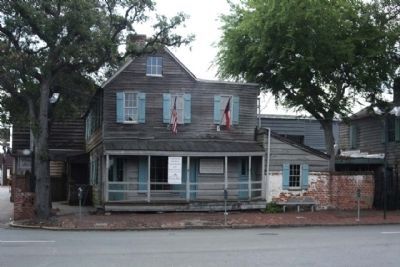 Photographed By Mike Stroud, May 3, 2012
2. The Old Pirates House and Marker
Since Savannah had become a thriving seaport town, one of the first buildings constructed on the former garden site was naturally an Inn for visiting seamen.

Click or scan to see
this page online
Today, the building serves, in addition to a museum, as a home for noted Savannah restaurant ... got its name from the fact that in Savannah's past, it was the popular hang-out for the pirates who sailed the coastline. The history of the building is steeped in the lore of those notorious days. 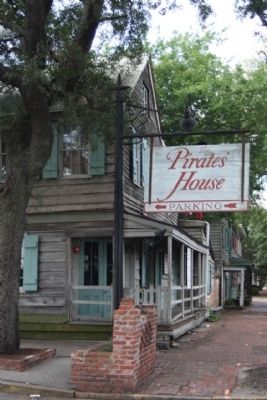 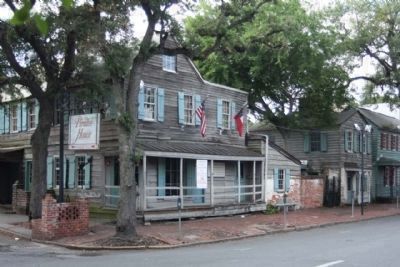 Photographed By Mike Stroud, May 3, 2012
4. The Old Pirates House with Marker, seen along East Broad Street
While exploring the restaurant, one fascinating - but eerie - place was a set of stairs leading into some unseen tunnel below the restaurant. The plaque placed at the top of the stairs probably explains..." this stairway at one time led to the entrance of a tunnel which ran from the old rum cellar beneath the Pirate's House to the banks of the Savannah River, a short block away." 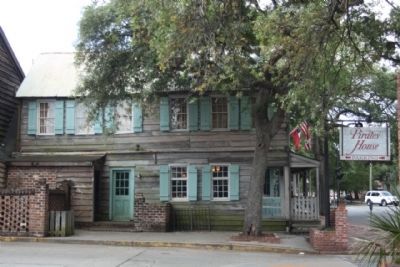 Photographed By Mike Stroud, May 3, 2012
5. The Old Pirates House Northside view
" 'Tis said that many able-bodied men, drinking in carefree abandon in what is now our Captain's Room, were carried, drugged and unconscious, through the tunnel to sailing ships anchored in the harbor and were shanghaied by short-handed ships' masters to complete their crews." 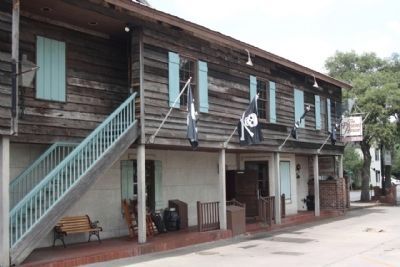 Photographed By Mike Stroud, May 3, 2012
6. The Old Pirates House, northside and enterance 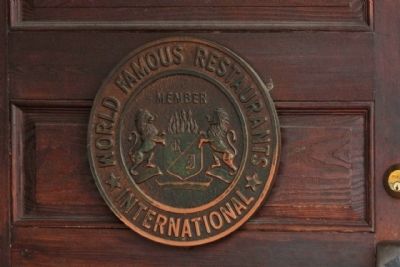