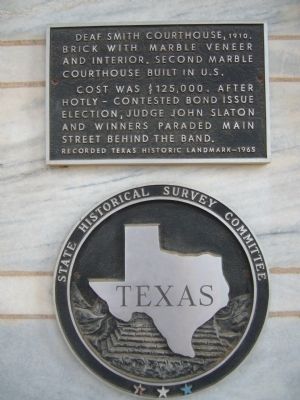 Cost was $125,000. After hotly-contested bond issue election, Judge John Slaton and winners paraded down Main Street behind the band.

Topics. This historical marker is listed in this topic list: Notable Buildings. A significant historical year for this entry is 1965.

Location. 34° 49.073′ N, 102° 23.878′ W. Marker is in Hereford, Texas, in Deaf Smith County. Marker is on East 3rd Street west of Schley Avenue, on the right when traveling west. Marker is just to the right of the courthouse entrance. Touch for map. Marker is in this post office area: Hereford TX 79045, United States of America. Touch for directions. 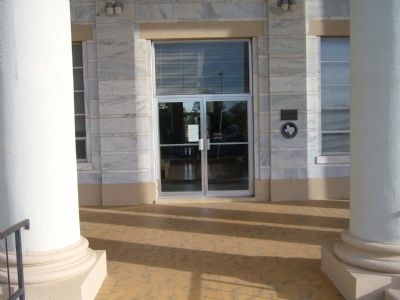 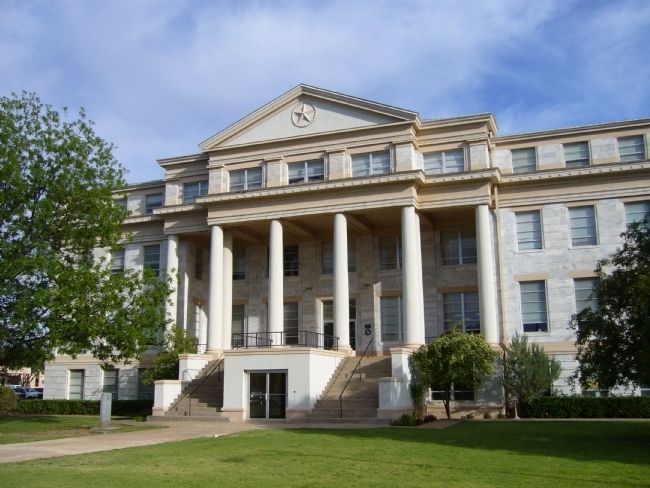