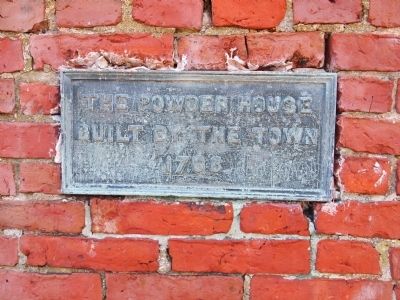 By Bryan Simmons, circa 2011
1. The Powder House Marker
Inscription.
The Powder House Built by the Town 1766 . This historical marker is in Dedham in Norfolk County Massachusetts

The Powder House Built by the Town 1766

Topics. This historical marker is listed in these topic lists: Colonial Era • War, US Revolutionary.

Location. 42° 15.192′ N, 71° 10.601′ W. Marker is in Dedham, Massachusetts, in Norfolk County. Marker is on Ames Street, on the left when traveling north. Located up a hill on the side of the street. Touch for map. Marker is in this post office area: Dedham MA 02027, United States of America. Touch for directions. 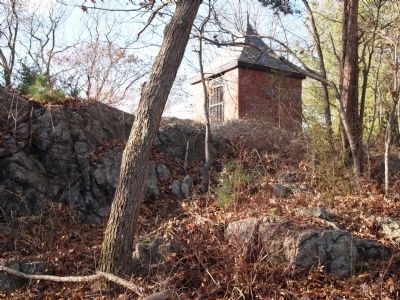 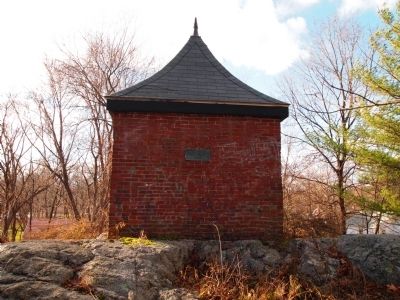