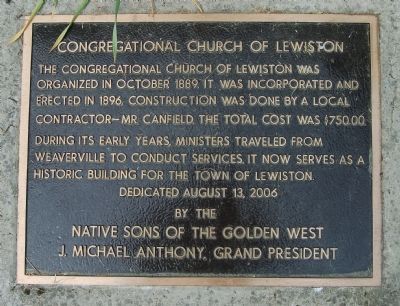 The Congregational Church of Lewiston was organized in October 1889. It was incorporated and erected in 1896. Construction was done by a local contractor – Mr. Canfield. The total cost was $750.00. During its early years, ministers traveled from Weaverville to conduct services. It now serves as a historic building for the town of Lewiston.

Erected 2006 by Native Sons of the Golden West, Grand Parlor.

Topics and series. This historical marker is listed in this topic list: Churches & Religion. In addition, it is included in the Native Sons/Daughters of the Golden West series list.

Other nearby markers. At least 8 other markers are within 7 miles of this marker, measured as the crow flies. Lewiston Pioneer Cemetery (within shouting distance of this marker); The Killing of Edward José (approx. 0.2 miles away); Lewis’ Town/Lewiston 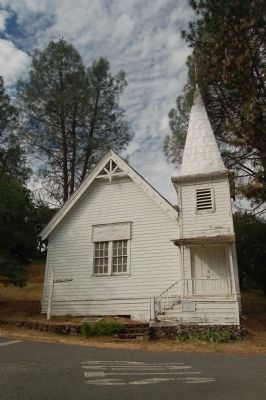 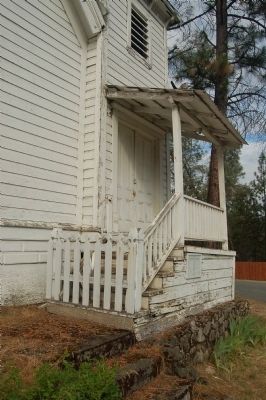