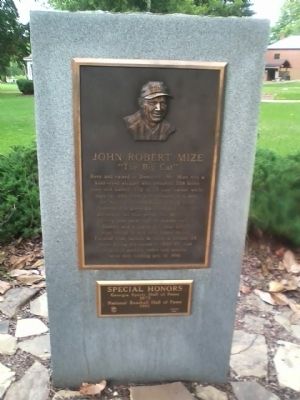 Born and raised in Demorest, Mr. Mize was a keen-eyed slugger who smashed 359 home runs and batted 312 in 15-year career while topping 300 mark nine seasons in a row. Set major loop records by hitti8ng three homers 8n a game six times and trio in succession on four occasions. Won N. L. batting title once. Led or shared lead in homers and slugging pot, four times, runs batted in and total bases thrice. Finished first, second or third in offense 54 times during his career- 1936-53. Led league in putouts, twice and assists, twice with fielding pot, of .996.

Location. 34° 33.914′ N, 83° 32.68′ W. Marker is in Demorest, Georgia, in Habersham County. Marker is at the intersection of Oak Avenue and Georgia Street, on the right when traveling south on Oak Avenue. Touch for map. Marker is in this post office area: Demorest GA 30535, United States of America. Touch for directions.

Other nearby markers. At least 8 other markers are within 4 miles of this marker, measured as the crow flies. Piedmont College (within shouting distance of this marker); Home of Johnny Mize (about 400 feet away, measured in a direct line); Habersham Iron Works & Mfg. Co. 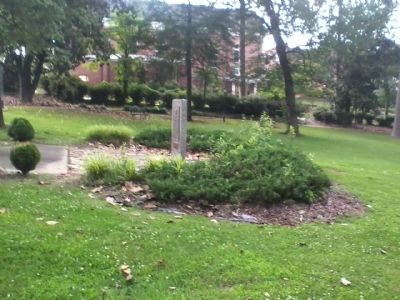 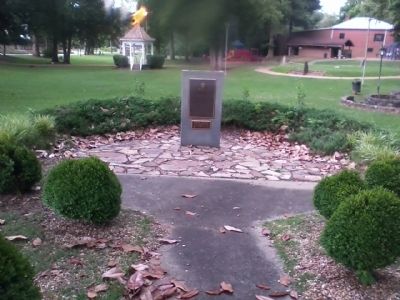 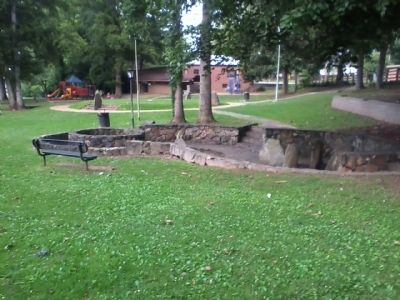 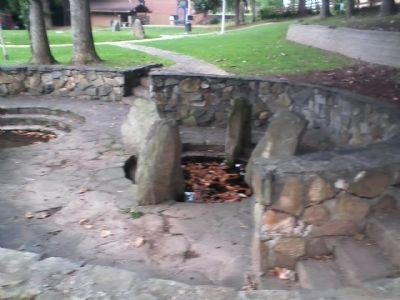