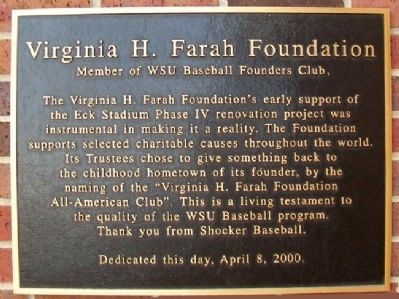 The Virginia H. Farah Foundation's early support of the Eck Stadium Phase IV renovation project was instrumental in making it a reality. The Foundation supports selected charitable causes throughout the world. Its Trustees chose to give something back to the childhood hometown of its founder, by the naming of the "Virginia H. Farah Foundation All-American Club". This is a living testament to the quality of the WSU Baseball program. Thank you from Shocker Baseball.

Location. 37° 43.281′ N, 97° 17.334′ W. Marker is in Wichita, Kansas, in Sedgwick County. Marker is on Belmont, on the left when traveling east. Marker is in the Hap Bledsoe Plaza outside Eck Stadium, about 300 feet ENE of the intersection of Belmont and Perimeter, on the Wichita State University campus. Touch for map. Marker is in this post office area: Wichita KS 67260, United States of America. Touch for directions. 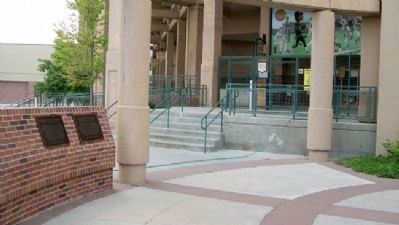 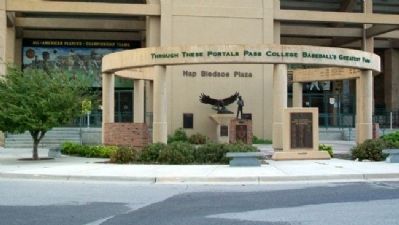 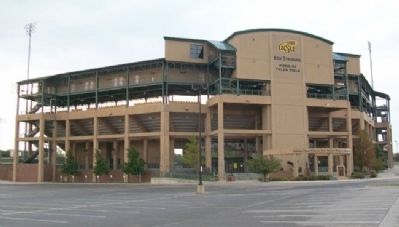