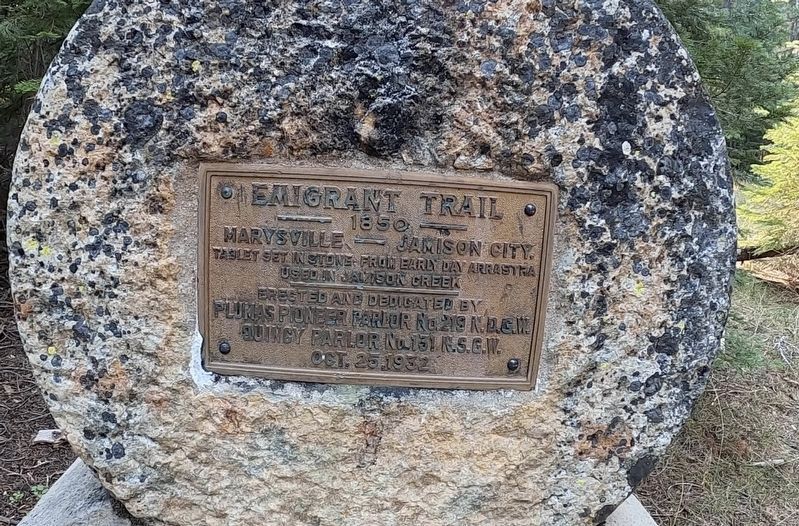 Photographed By Jeff Rovner, August 29, 2020
1. Emigrant Trail Marker
Inscription.
Emigrant Trail. . , 1850 , Marysville - Jamison City , Tablet set in stone from early day arrastra used in Jamison Creek. . This historical marker was erected in 1932 by Native Daughters of the Golden West, Plumas Pioneer Parlor No. 219; Native Sons of the Golden West, Quincy Parlor No. 13. It is Near Blairsden-Graeagle in Plumas County California

Topics and series. This historical marker is listed in this topic list: Roads & Vehicles. In addition, it is included in the Native Sons/Daughters of the Golden West series list. A significant historical year for this entry is 1850.

Location. 39° 45.356′ N, 120° 41.936′ W. Marker is near Blairsden-Graeagle, California, in Plumas County. Marker is on Johnsville - McCrea Road, on the right when traveling south. This marker is approximately 1/4 mile up the Johnsville - McCrea Road from the Eureka-Plumas State Park Museum toward the Jamison Creek Campground. Touch for map. Marker is in this post office area: Blairsden-Graeagle CA 96103, United States of America. Touch for directions.

Other nearby markers. At least 8 other markers are within 7 miles of this marker, measured as the crow flies. Pioneer Ski Area of America (about 400 feet away, measured in a direct line); Thar’s Gold in Them Hills! (about 500 feet away); Winter in the Sierra 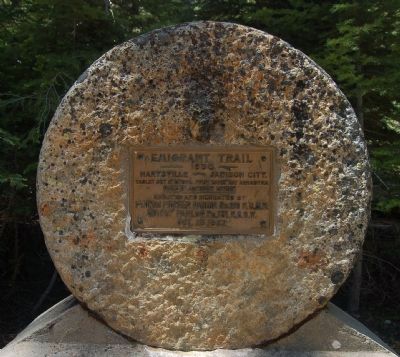 Photographed By Barry Swackhamer, May 31, 2012
2. Emigrant Trail Marker
This marker is not mounted on an arrastra stone, but a Chilean wheel. 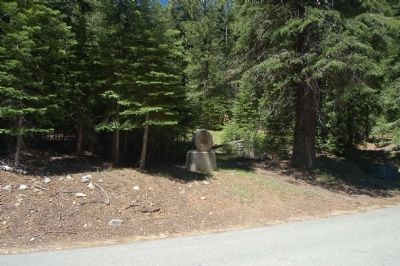 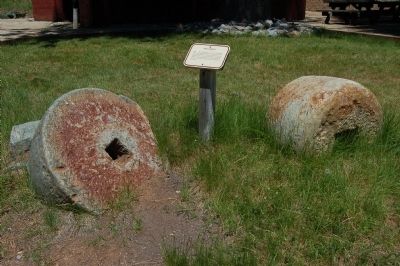 Photographed By Barry Swackhamer, May 30, 2012
4. Chili (Chilean) Wheels
Before the development of more sophisticated machinery, miners used wheels like these to crush gold-bearing quartz. The idea for Chili wheels was brought to the California gold fields by Chilean miners. These wheels were thought to originally be nine feet in diameter. They wore down rapidly with heavy use.
Credits. This page was last revised on September 25, 2020. It was originally submitted on June 16, 2012, by Barry Swackhamer of Brentwood, California. This page has been viewed 460 times since then and 16 times this year. Photos:   1. submitted on September 24, 2020, by Jeff Rovner of San Leandro, California.   2, 3, 4. submitted on June 16, 2012, by Barry Swackhamer of Brentwood, California. • Syd Whittle was the editor who published this page.
Share this page.