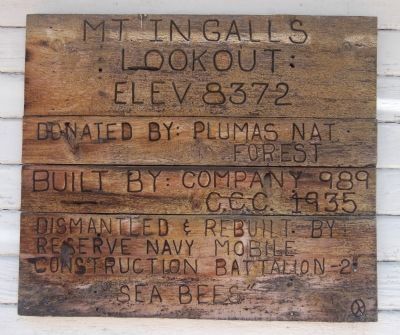 Topics. This historical marker is listed in this topic list: Horticulture & Forestry. A significant historical year for this entry is 1935.

Location. 39° 56.383′ N, 120° 54.884′ W. Marker is in Quincy, California, in Plumas County. Marker can be reached from Fairgrounds Road south of Lee Road, on the right when traveling south. The building and marker are located on grounds of the Plumas County Fairgrounds. Touch for map. Marker is at or near this postal address: 299 Fairground Road, Quincy CA 95971, United States of America. Touch for directions. 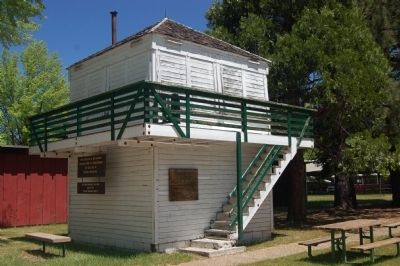