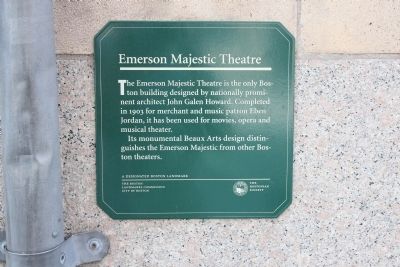 The Emerson Majestic Theatre is the only Boston building designed by nationally prominent architect John Galen Howard. Completed in 1903 for merchant and music patron Eben Jordan, it has been used for movies, opera and musical theater.

Erected by The Bostonian Society.

Topics. This historical marker is listed in these topic lists: Arts, Letters, Music • Entertainment. A significant historical year for this entry is 1903. 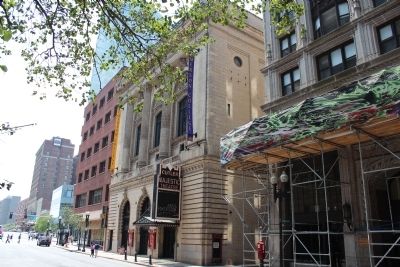 Photographed By Bryan Simmons, June 1, 2012
2. Emerson Majestic Theatre and Marker
The marker is on the lower right side of the building. 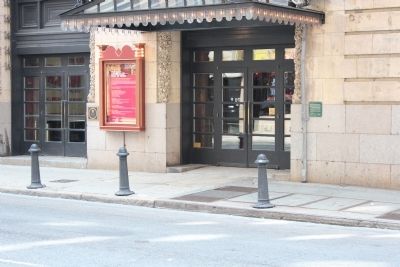