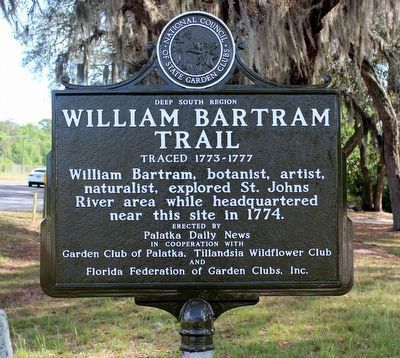 Topics and series. This historical marker is listed in this topic list: Exploration. In addition, it is included in the William Bartram Trails series list.

Location. 29° 37.829′ N, 81° 35.288′ W. Marker is near East Palatka, Florida, in Putnam County. Marker is on U.S. 17, on the right when traveling south. This marker is in front of a wayside park on the property of a FPL (Florida Power & Light) substation. Another historic marker--Rollestown--is within the wayside park, about 100 yards to the west. Touch for map. Marker is in this post office area: East Palatka FL 32131, United States of America. Touch for directions.

Other nearby markers. At least 8 other markers are within 3 miles of this marker, measured as the crow flies. Rollestown (within 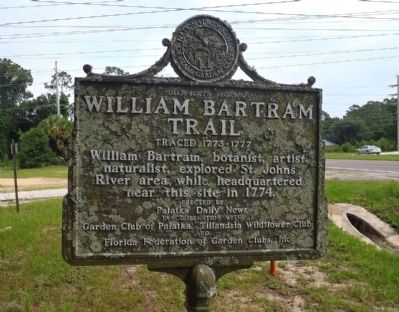 More about this marker. Upon first glance, the marker appears to have lost a lot of paint. However, closer inspection revealed the blemishes to be lichens. Perhaps somewhat appropriate for a William Bartram marker. Definitely needs a good cleaning. 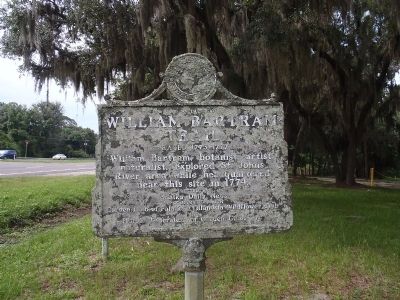 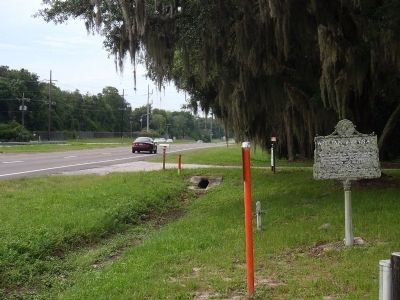 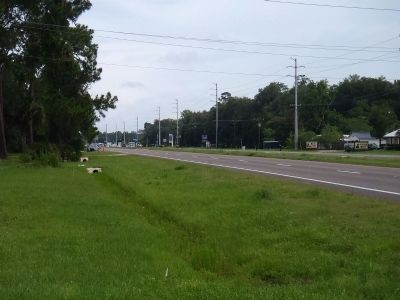 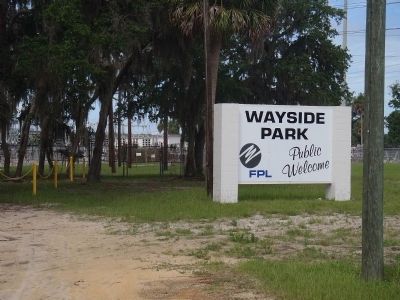 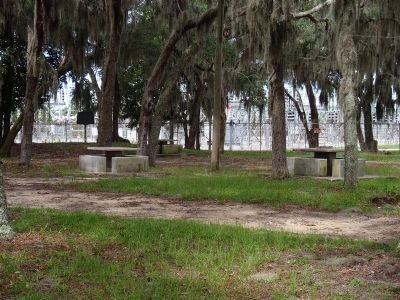