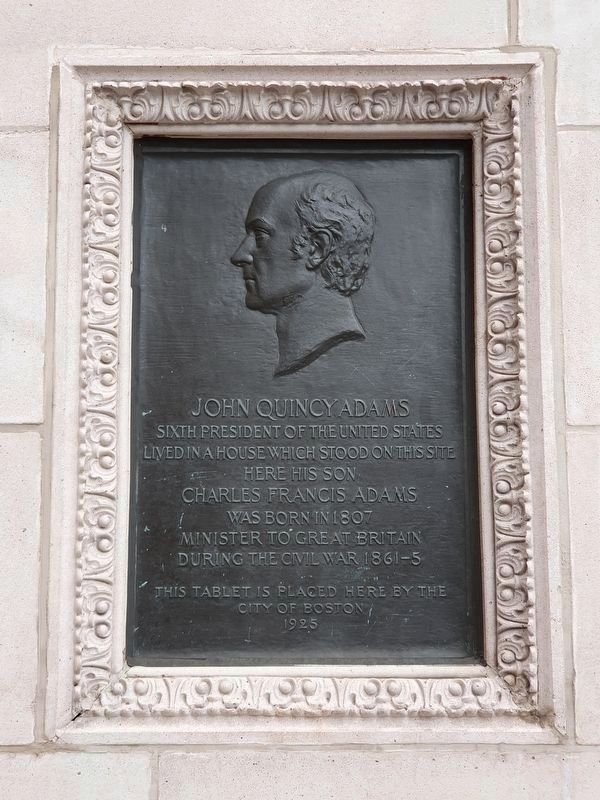 Photographed By J. Makali Bruton, June 14, 2021
1. John Quincy Adams Marker
Inscription.
John Quincy Adams. .
John Quincy Adams Sixth president of the United States Lived in a house which stood on this site Here his son Charles Francis Adams Was born in 1807 Minister to Great Britain During the Civil War 1861-5. . This historical marker was erected in 1925 by The City of Boston. It is in Boston in Suffolk County Massachusetts

Topics and series. This historical marker is listed in these topic lists: Patriots & Patriotism • Settlements & Settlers • War, US Civil. In addition, it is included in the Former U.S. Presidents: #06 John Quincy Adams series list. A significant historical year for this entry is 1807. 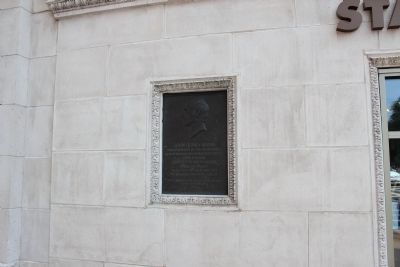 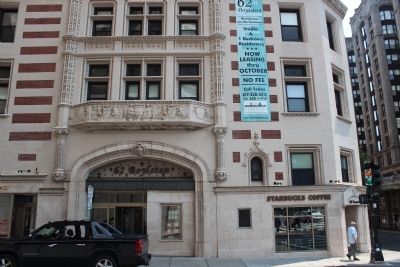 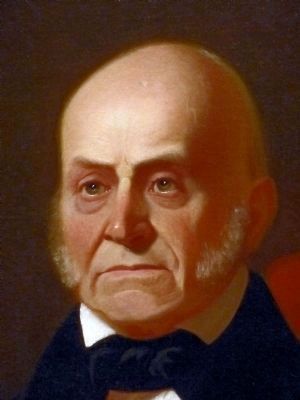 “John Quincy Adams's tenure as James Monroe's secretary of state ranks among the most productive In the history of that office. But Adams's often tactless ways were ill-suited for the presidency, and when his vision for such items as a comprehensive national transportation system met with hostility in Congress, he would not compromise. As a result, his administration's accomplishments were meager. But Adams was not through with political life. Elected to the House of Representatives in 1830, he served there until his death. In his prolonged and successful struggle defending the antislavery movement's right to petition Congress, ‘Old Man Eloquent‘ had gained a circle of admirers that extended well beyond his Massachusetts constituency.

When Adams sat for this portrait, he doubted that artist George Caleb Bingham could produce ‘a strong likeness.’ But Bingham did just that, and the portrait's vitality seems to echo Ralph Waldo Emerson's comment that the aging Adams was ‘like one of those old cardinals, who as quick as he is chosen Pope, throws away his crutches and his crookedness, and is as straight as a boy.’” — National Portrait Gallery
Credits. This page was last revised on June 27, 2021. It was originally submitted on June 21, 2012, by Bryan Simmons of Attleboro, Massachusetts. This page has been viewed 653 times since then and 30 times this year. Photos:   1. submitted on June 14, 2021, by J. Makali Bruton of Querétaro, Mexico.   2, 3. submitted on June 21, 2012, by Bryan Simmons of Attleboro, Massachusetts.   4. submitted on April 14, 2015, by Allen C. Browne of Silver Spring, Maryland. • Bill Pfingsten was the editor who published this page.
Share this page.