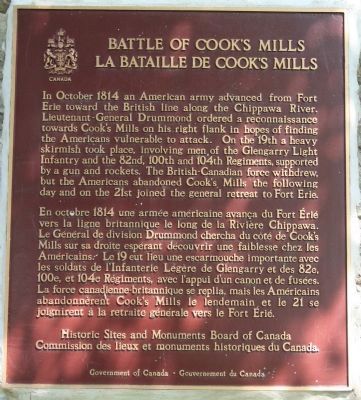 In October 1814 an American army advanced from Fort Erie toward the British line along the Chippawa River. Lieutenant-General Drummond ordered a reconnaissance towards Cook's Mills on his right flank in hopes of finding the Americans vulnerable to attack. On the 19th a heavy skirmish took place, involving men of the Glengarry Light Infantry and the 82nd, 100th and 104th Regiments, supported by a gun and rockets. The British-Canadian force withdrew, but the Amercians abandoned Cook's Mills the following day and on the 21st joined the general retreat to Fort Erie. 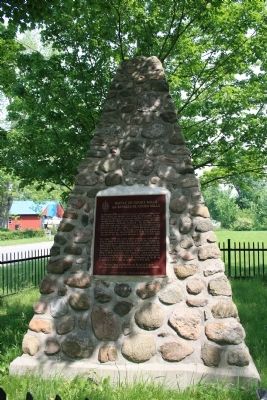 Topics. This historical marker is listed in this topic list: War of 1812. A significant historical month for this entry is October 1814.

Location. 42° 59.875′ N, 79° 10.494′ W. Marker is in Welland, Ontario, in Niagara Region. Marker is at the intersection of Lyons Creek Road and Matthews Road, on the right when traveling west on Lyons Creek Road. According to my GPS, this historic marker is located in Welland, Ontario. According to a great site on Ontario's Historic Markers (sponsored by a gentleman named Wayne Cook) this historic marker is located in Cook's Mills (Welland East). It is located on the northeastern corner of the intersection, at the eastern edge of the small rural community, on the high ground overlooking a stream. Touch for map. Marker is at or near this postal address: 896 Lyons Creek Road, Welland ON L3B 5N4, Canada. Touch for directions. 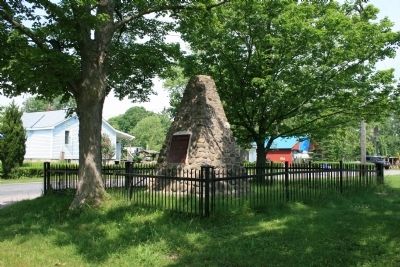 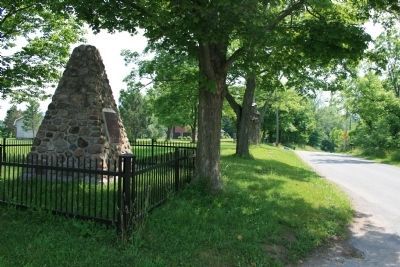 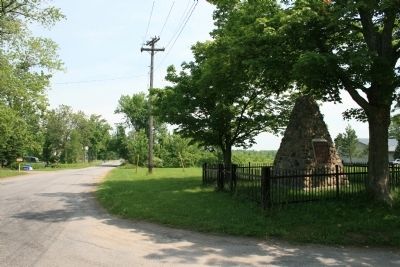 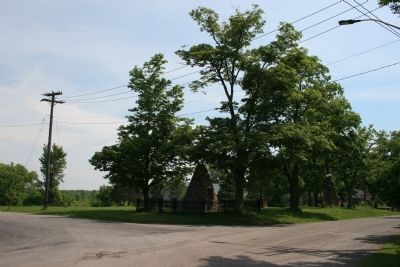