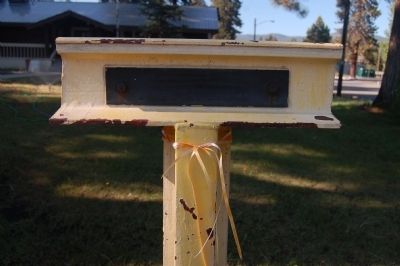 By Barry Swackhamer, June 1, 2012
1. Lassen Trail - Westwood Marker
Inscription.
Lassen Trail - Westwood. . The east branch of Lassen’s Trail (1848 & later) passed near here to a campsite “near a small lake fed by springs,” . This historical marker was erected in 1977 by Trails West Inc.. It is in Westwood in Lassen County California

The east branch of Lassen’s Trail (1848 & later) passed near here to a campsite “near a small lake fed by springs,”

Topics and series. This historical marker is listed in this topic list: Roads & Vehicles. In addition, it is included in the California Trail, the Lassen Trail and Burnett Cutoff, and the Trails West Inc. series lists.

Location. 40° 18.122′ N, 121° 0.092′ W. Marker is in Westwood, California, in Lassen County. Marker can be reached from 3rd Street (County Route A21), on the right when traveling east. This marker is on the grounds of the Westwood Community Center. Touch for map. Marker is at or near this postal address: 207 3rd Street, Westwood CA 96137, United States of America. Touch for directions. 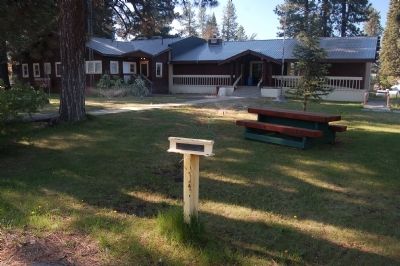