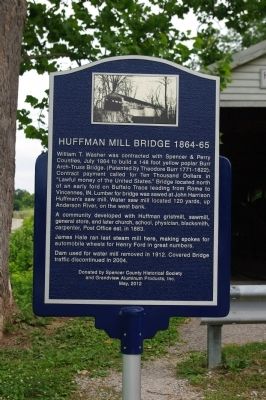 John Harrison Huffman's sons John R. (also a miller) & George W. served in the Civil War, George was killed at Vicksburg. . This historical marker was erected in 2012. It is Near Fulda in Spencer County Indiana 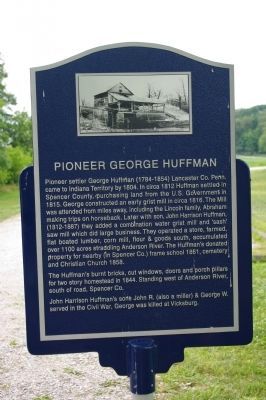 Topics and series. This historical marker is listed in these topic lists: Bridges & Viaducts • Settlements & Settlers. In addition, it is included in the Covered Bridges series list.

Other nearby markers. At least 8 other markers are within 11 miles of this marker, measured as the crow flies. Abraham Lincoln Employed (approx. 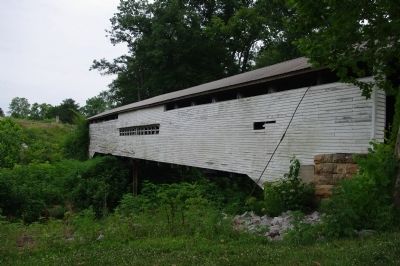