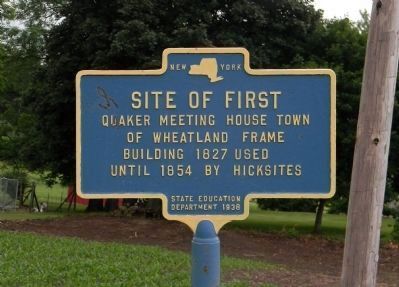 Topics and series. This historical marker is listed in this topic list: Churches & Religion. In addition, it is included in the Quakerism series list.

More about this marker. The building was demolished in the mid 19th century and the land returned to farming. 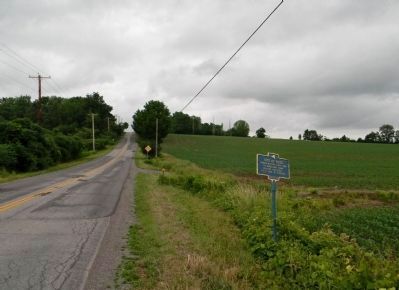 By Paul Crumlish, June 26, 2011
2. Wide view of the Site of First Quaker Meeting House Marker
here for a list of markers that are related to this marker. To better understand the relationship, study the markers shown.