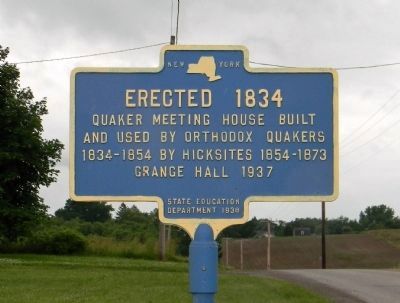 Topics and series. This historical marker is listed in these topic lists: Churches & Religion • Fraternal or Sororal Organizations. In addition, it is included in the Quakerism series list. 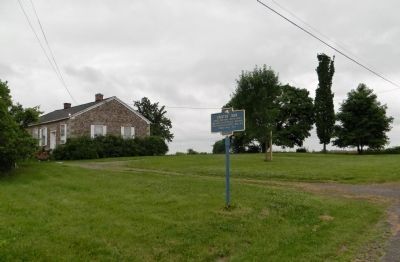 By Paul Crumlish, June 26, 2011
2. Wide view of the Erected 1834 Marker
The cobblestone meetinghouse, now converted into a private residence, is visible in the background.
(approx. 0.9 miles away); a different marker also named Genesee Valley Greenway (approx. one mile away); Northampton (approx. one mile away). Touch for a list and map of all markers in Scottsville.

Related markers. Click here for a list of markers that are related to this marker. To better understand the relationship, study the markers shown.