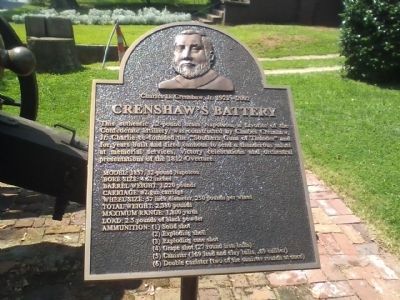 This authentic 12-pound brass Napoleon, a favorite of the Confederate artillery, was constructed by Charles Crenshaw Jr. Gharlie co-founded the "Southern Guns of Thunder" and for years built and fired cannons to lend a thunderous salute at memorial services, victory celebrations and orchestral presentations of the 1812 Overture.

Topics. This historical marker is listed in this topic list: War, US Civil. A significant historical year for this entry is 1812. 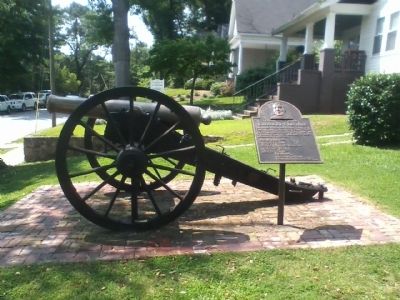 Click or scan to see
this page online
Street, on the right when traveling south on Boyce Avenue. Touch for map. Marker is in this post office area: Greenville SC 29601, United States of America. Touch for directions. 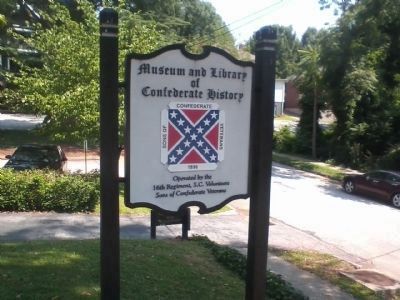 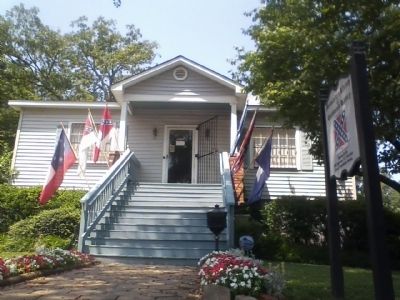 By Stanley and Terrie Howard, June 20, 2012
4. Museum and Library of Confeberate History 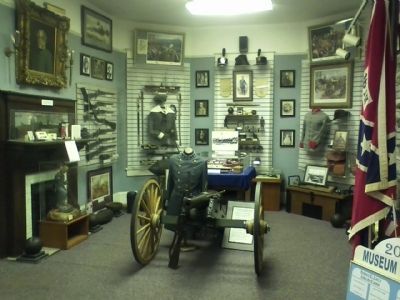 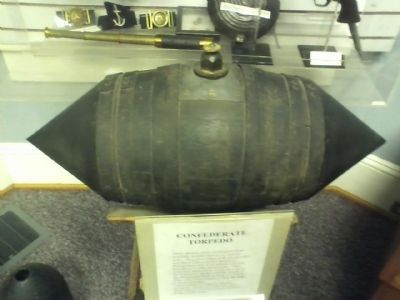 By Stanley and Terrie Howard, June 20, 2012
6. Confederate Torpedo
These devices were constructed from available wooden barrels of various sizes. They were filled with gun powder and fitted with a contact detonator. Streamlined ends were added to lessen the effects of tide and currents. They were then anchored in locations such as the Charleston Harbor and the mouth of the Mississippit River to keep out Union ships. The Union lost more than 40 ships to these torpedoes. Union Admiral Farragut's famous quotation, "Damn the torpedoes, full speed ahead." referred to these devices hidden in the water. 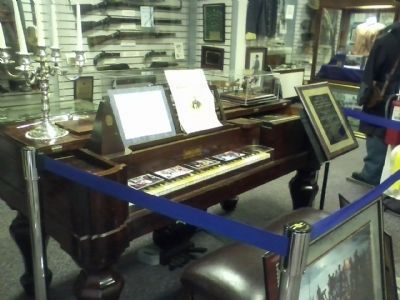 By Stanley and Terrie Howard, June 20, 2012
7. 1861 Grand Piano with Melodeon
Originally ordered pre-war by the Brannon family of Charleston from the Gilbert Piano Company in Boston. Before the order could be coompleted, South Carolina had seceded and the hostitities which brought the blockade of the southern ports had begun. In an attempt to deliver this fine instrument, it was loaded on ship and traveled to the Bahamas then to Jacksonville Florida before finally making its way to Charleston. The piano served the family well on many social occasions undoubtedly attended by such Confederate officers as General P.T.G. Beauregaud stationed in Charleston with the struggle for Fort Sumter an ongoing daily battle. After many years of service, the peano was placed in storage. Most recently the Davis family of Monks Corner recovered the instrument and presented it to the Museum. 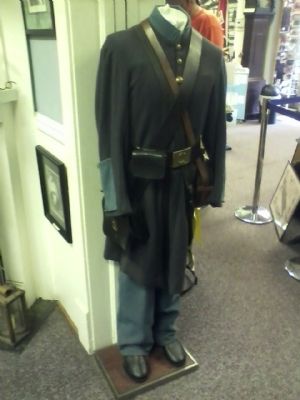 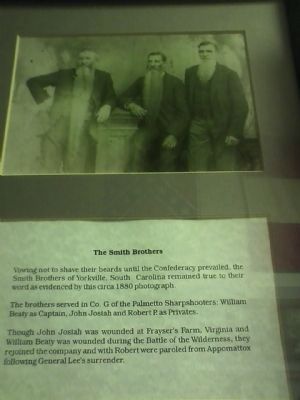 By Stanley and Terrie Howard, June 20, 2012
9. The Smith Brothers
Vowing not to shave their beards until the Confederacy prevailed, the Smith Brothers of Yorkville, South Carolina remained true to their word as evidenced by this circa 1880 photograph. The brothers served in Co. G of the Palmetto Sharpshooters: William Beaty as Captain, John Josiah and Robert P. as Privates. Though John Josiah was wounded at Frayser's Farm, Virginia and William Beaty was wounded during the Battle of the Wilderness, they rejoined the company and with Robert wete paroled from Appomattox following General Lee's surrender. 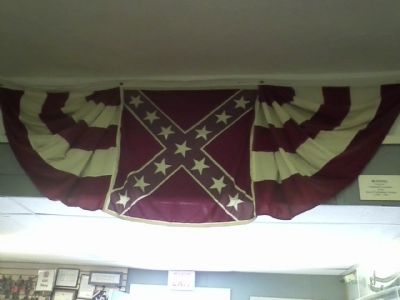