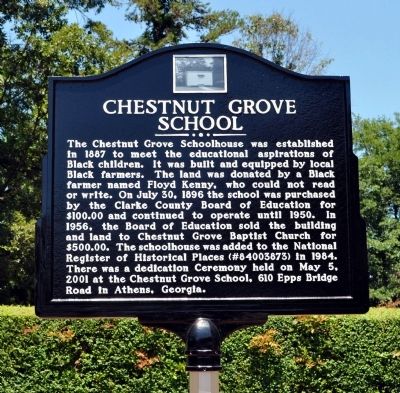 The Chestnut Grove Schoolhouse was established in 1887 to meet the educational aspirations of Black children. It was built and equipped by local Black farmers. The land was donated by a Black farmer named Floyd Kenny, who could not read or write. On July 30, 1896 the school was purchased by the Clarke County Board of Education for $100.00 and continued to operate until 1950. In 1956, the Board of Education sold the building and land to Chestnut Grove Baptist Church for $500.00. The schoolhouse was added to the National Register of Historic Places (#84003873) in 1984. There was a dedication Ceremony held on May 5, 2001 at the Chestnut Grove School, 610 Epps Bridge Road in Athens, Georgia.

Topics. This historical marker is listed in these topic lists: African Americans • Education. A significant historical month for this entry is May 1777. 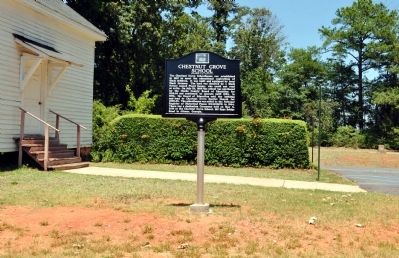 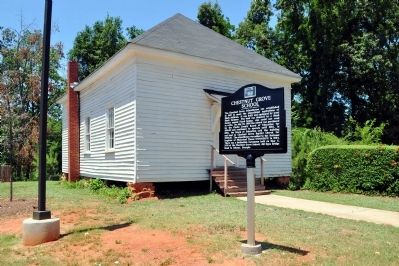 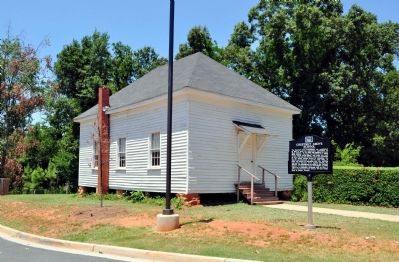 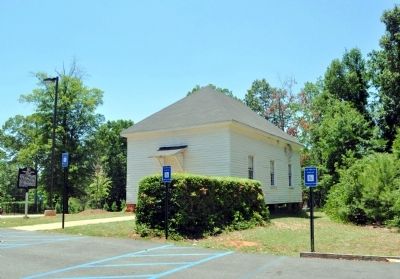 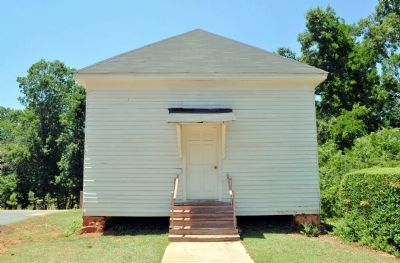 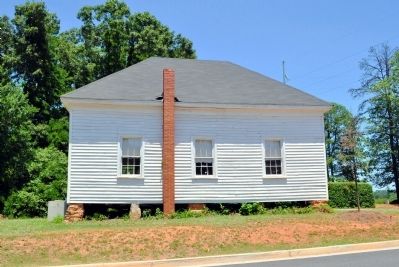