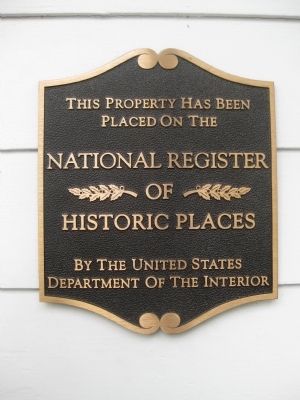 Photographed By AGS Media, June 27, 2012
1. Mann Manor Marker
Inscription.
Mann Manor. .
This Property Has Been Placed On The, National Register Of Historic Places, By The United States Department Of The Interior. . This historical marker is in Bartow in Polk County Florida

This Property Has Been
Placed On The

By The United States
Department Of The Interior
(Marker Number 11000718.)

Location. 27° 53.771′ N, 81° 50.735′ W. Marker is in Bartow, Florida, in Polk County. Marker is on West Main Street west of South Floral Avenue, on the left when traveling west. Mann Manor is located in downtown Bartow and is home to the offices of Sutton Law Firm. Touch for map. Marker is at or near this postal address: 325 West Main Street, Bartow FL 33830, United States of America. Touch for directions. 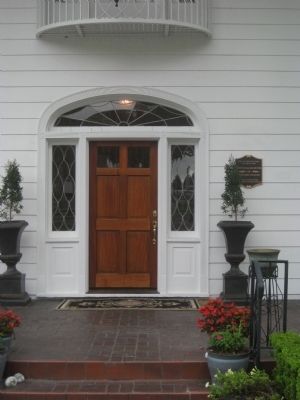 More about this marker. The marker is mounted on the front of the building, to the right of the door when facing the entrance.

Regarding Mann Manor. Cattle baron George W. Mann settled in Bartow in the early 1900's. George built the Colonial revival-style manor for his wife, Kate, a prominent town socialite. Sadly, Mr. Mann would never live in the home, as he died in 1935 prior to the house's completion. Kate lived in the home for many years with her sister, and ultimately died in 1976.

For the next several decades, the "Mann Mansion" sat empty and fell into a severe state of disrepair. There was fear that it would have to be demolished, but in 1998 a buyer was found who was committed to restoring the property. The home, now called Mann Manor, was restored over several years and became the home of the Sutton Law Firm. 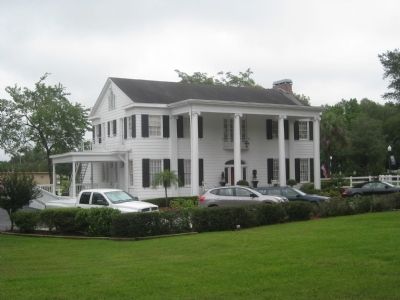 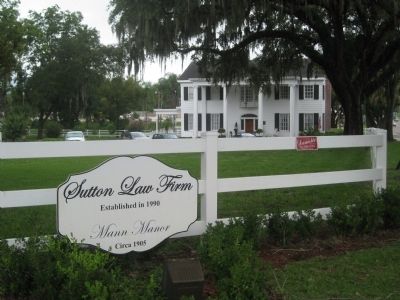 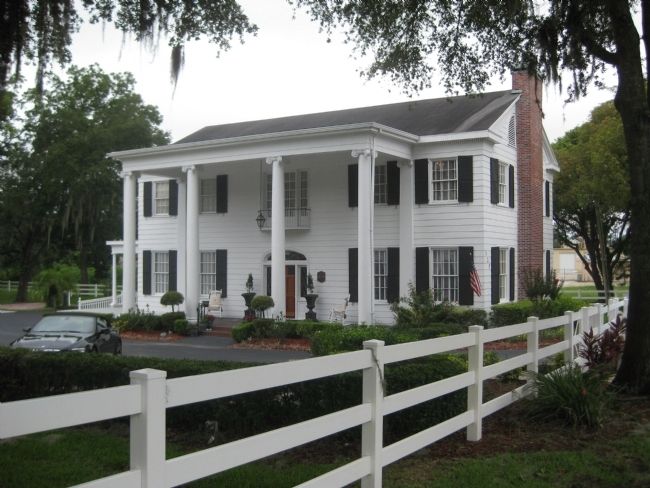