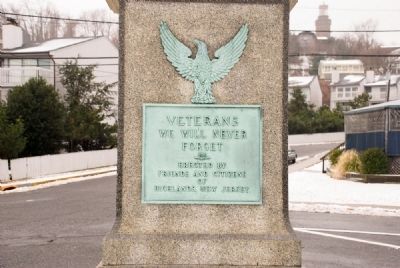 Veterans
We Will Never
Forget

Erected by
Friends and Citizens
of
Highlands, New Jersey

Topics. This historical marker and monument is listed in this topic list: War, World I.

Location. 40° 23.807′ N, 73° 58.95′ W. Marker is in Highlands, New Jersey, in Monmouth County. Marker is at the intersection of Portland Rd and Highland Ave, on the right when traveling north on Portland Rd. Monument is adjacent to State Route 36 and is immediately before the bridge on the Highlands side of Sandy Hook Bay. Touch for map. Marker is at or near this postal address: 1 State Route 36, Highlands NJ 07732, United States of America. Touch for directions. 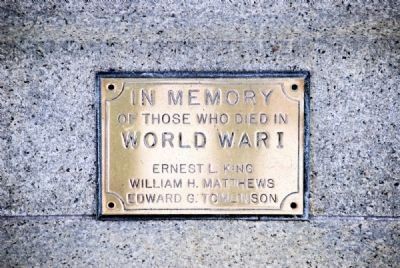 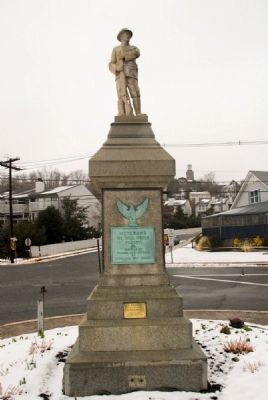 Photographed By R. C.
3. Front of Monument
Missing plaque can be seen at bottom of marker. Due to the small footprint of the plaque, it likely named the sculptor, or perhaps a rededication date of the monument. 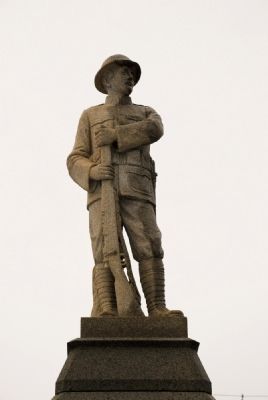 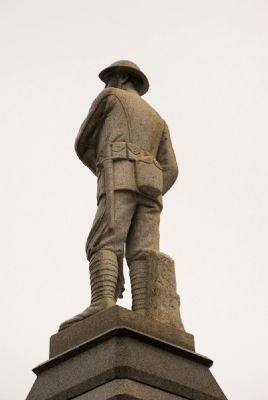 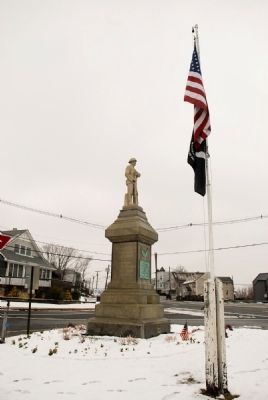 Photographed By R. C.
6. View of Monument from Intersection 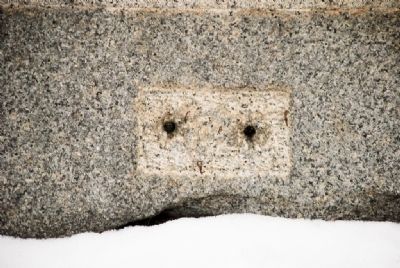 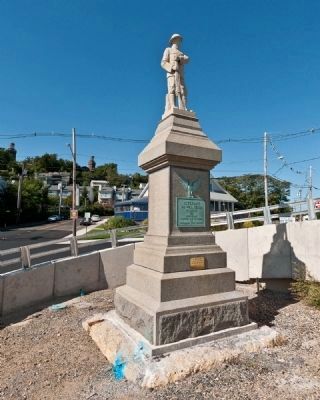 Photographed By R. C., October 17, 2010
8. Highlands Doughboy World War I Monument
The State of New Jersey recently tore down the old drawbridge that spanned the Shrewsbury River and replaced it with an artistically uninspired modern bridge that allows taller ships to pass under it. Unfortunately for the poor doughboy, his view of the sea has been blocked by an on-ramp. 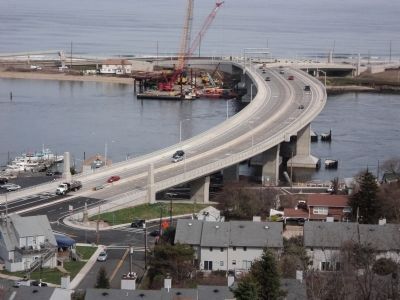