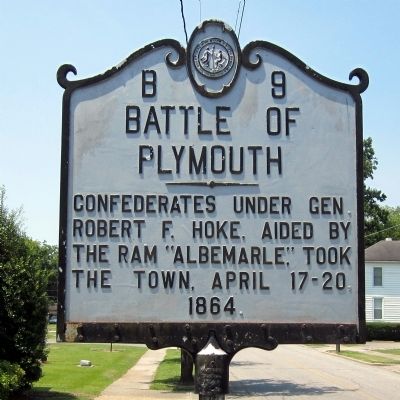 By Bernard Fisher, June 28, 2012
1. Battle of Plymouth Marker
Inscription.
Battle of Plymouth. . . Confederates under Gen. Robert F. Hoke, aided by the ram "Albemarle," took the town, April 17-20, 1864. . This historical marker was erected in 1938. It is in Plymouth in Washington County North Carolina 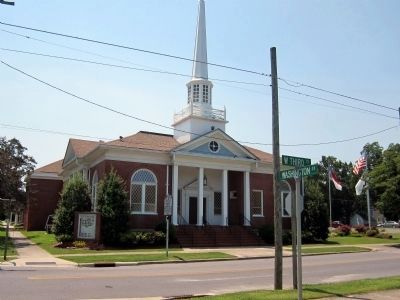 More about this marker. This marker was replaced by a new one also named Battle of Plymouth (see nearby markers).

Categories. • War, US Civil •
More. Search the internet for Battle of Plymouth.