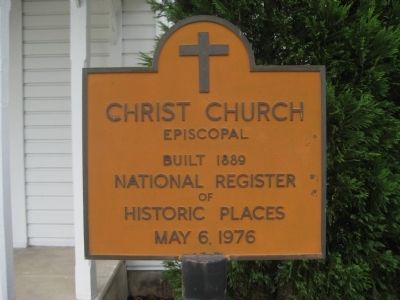 Topics. This historical marker is listed in this topic list: Churches & Religion. A significant historical month for this entry is May 1937. 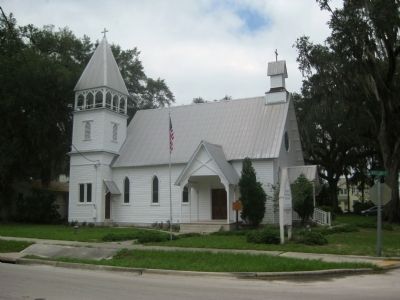 More about this marker. The marker is capped with a cross.

Regarding Christ Church. Designed by architect J. H. Weddell, Christ Church is one of the region's oldest religious structures and is an important example of Carpenter Gothic architecture.

Some sources place the church's address on Broadway Street or Oak Avenue, however, the Episcopal Diocese of Central Florida lists the address as North Cleveland Avenue. 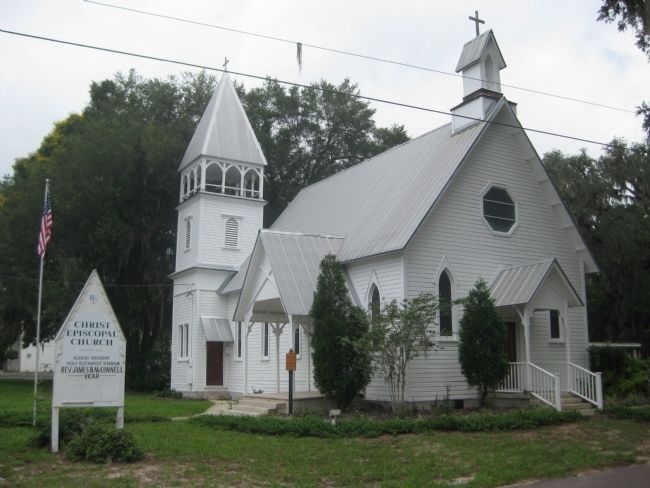 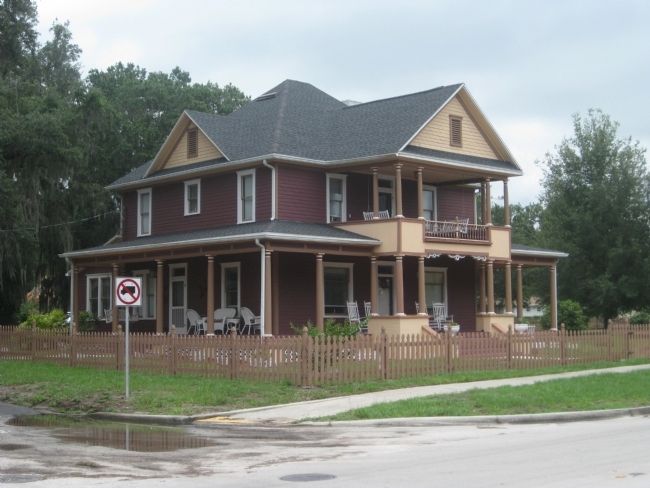 Photographed By AGS Media, June 27, 2012
4. Rev. William James Reid House
Across North Cleveland Avenue from Christ Church sits one of Fort Meade's oldest homes. Built between 1892-1914 as a home for Methodist minister, Reverend William J. Reid, the house remains a private residence today. The Reid House was named a Contributing Property of the Fort Meade Historic District by the National Register of Historic Places in 1994.

In 1990, the Rev. William James Reid House was used by HBO to film the movie "Judgement", featuring Blythe Danner and Keith Carradine. 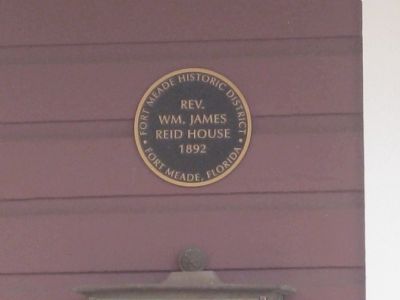