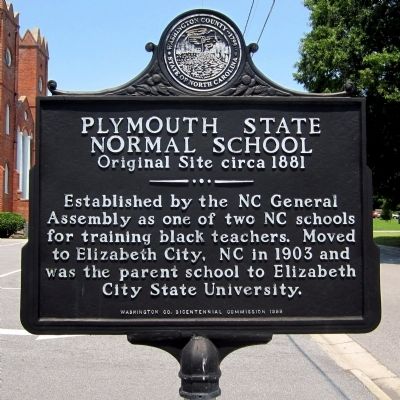 By Bernard Fisher, June 28, 2012
1. Plymouth State Normal School Marker
Inscription.
Plymouth State Normal School. Original Site circa 1881. Established by the NC General Assembly as one of two NC schools for training black teachers. Moved to Elizabeth City, NC in 1903 and was parent school to Elizabeth City State University. . This historical marker was erected in 1999 by Washington Co. Bicentennial Commission. It is in Plymouth in Washington County North Carolina

Topics and series. This historical marker is listed in these topic lists: African Americans • Education. In addition, it is included in the Historically Black Colleges and Universities 🎓 series list. A significant historical year for this entry is 1903. 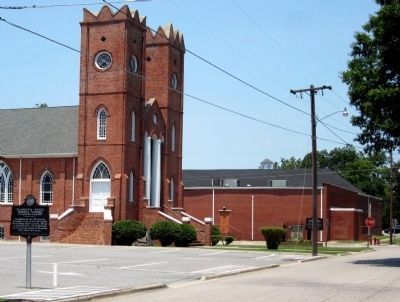 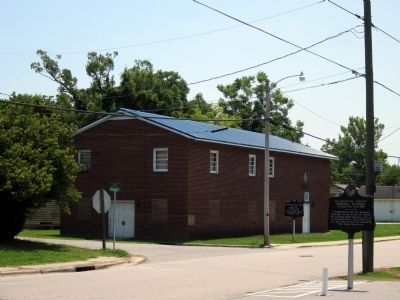