Growth of This Pioneer Group 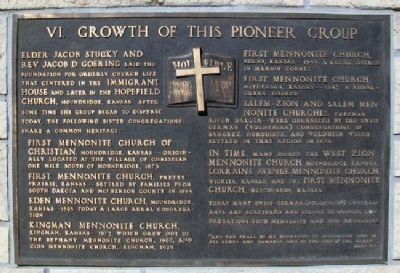 Elder Jacob Stucky and Rev. Jacob D. Goering laid the foundation for orderly church life that centered in the Immigrant House and later in the Hopefield Church, Moundridge, Kansas. After some time the group began to disperse. Today, the following sister congregations share a common heritage: 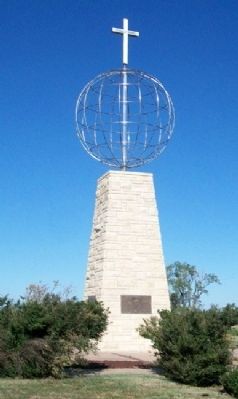 Click or scan to see
this page online
by the Swiss-German (Volhynian) congregations of Sahorez, Horodisch, and Waldheim which settled in that region in 1874.

Today many Swiss-German (Volhynian) descendants are scattered and belong to various congregations, both Mennonite and non-Mennonite.

"And you shall be my witness in Jerusalem and in all Judea and Samaria and to the ends of the Earth."
Acts 1:8

Topics. This historical marker is listed in these topic lists: Agriculture • Churches & Religion • Peace • Settlements & Settlers. A significant historical year for this entry is 1875.

Location. 38° 12.601′ N, 97° 35.278′ W. Marker is near Moundridge, Kansas, in McPherson County. Marker is on Aztec Lane, 0.2 miles east of 18th Avenue, on the left when traveling west. Marker and memorial are on the grounds of the Hopefield Mennonite Church, about four miles WNW of Moundridge. Touch for map. Marker is in this post office area: Moundridge KS 67107, United States of America. Touch for directions.

Other nearby markers. At least 8 other markers are within walking distance of this marker. The Challenge & Hope of the Future (here, next to this marker); Turkey Red Wheat 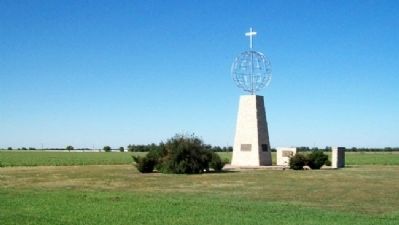