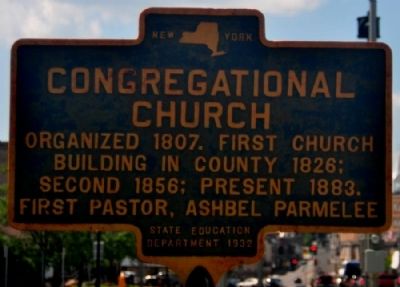 Topics. This historical marker is listed in these topic lists: Abolition & Underground RR • Churches & Religion. A significant historical year for this entry is 1807. 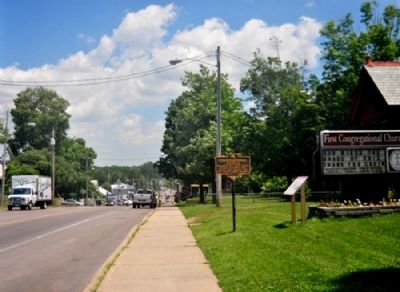 Click or scan to see
this page online
According to one of Malone's Historic Locations pamphlets, this church is also one of NY's acknowledged Underground Railroad locations. Recent renovations (still going on as of summer 2012) have found definitive evidence in the basement. 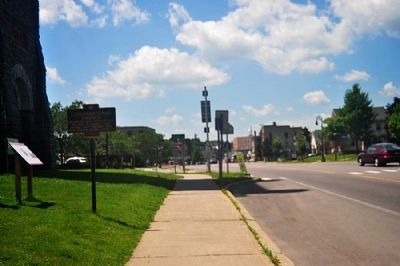 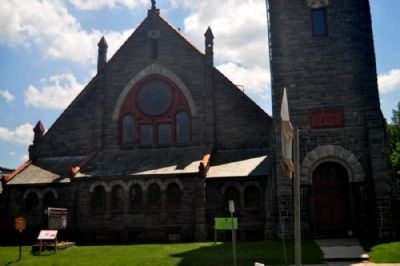 Photographed By Yugoboy
4. Congregational Church Marker as seen from across the street 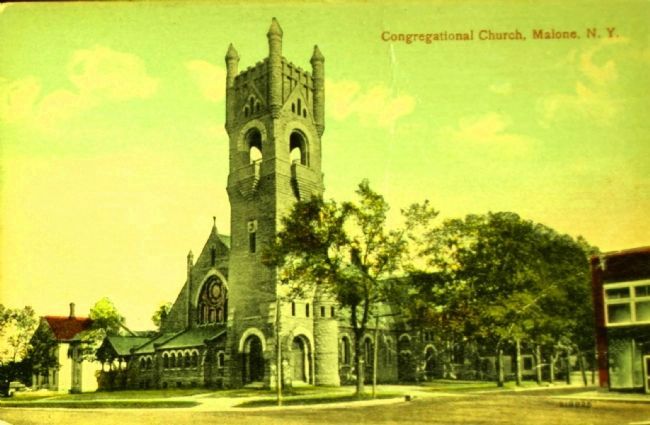