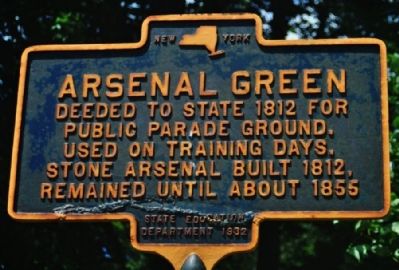 Photographed By Yugoboy, June 29, 2012
1. Arsenal Green Marker
Inscription.
Arsenal Green. . Deeded to state 1812 for public parade ground. Used on training days. Stone arsenal built 1812, remained until about 1855 . This historical marker was erected in 1932 by State Education Department. It is in Malone in Franklin County New York

Topics. This historical marker is listed in these topic lists: Forts and Castles • War of 1812. A significant historical year for this entry is 1812. 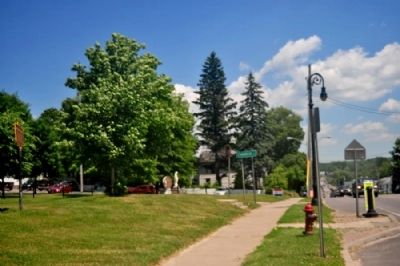 Click or scan to see
this page online
(approx. ¼ mile away); Franklin Co. Fair (approx. 0.4 miles away). Touch for a list and map of all markers in Malone. 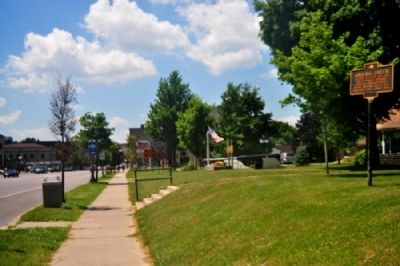