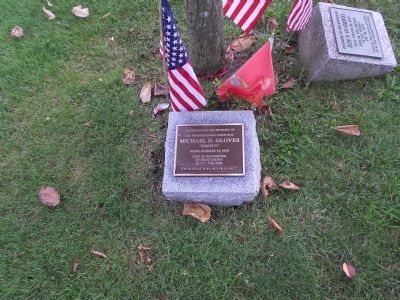 Dedicated to the memory of U.S. Marine Lance Corporal Michael D Glover "Semper Fi" Born January 19 1978 Died in the service of his country August 16 2006 "Your light will never go out"

Editor’s want-list for this marker. Wide area picture of the marker and its surroundings. • Can you help?
Share this page.