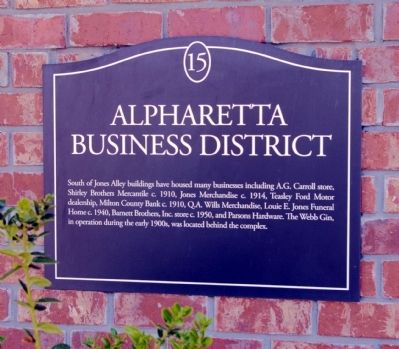 Topics. This historical marker is listed in this topic list: Industry & Commerce. A significant historical year for this entry is 1910.

Location. 34° 4.492′ N, 84° 17.683′ W. Marker is in Alpharetta, Georgia, in Fulton County. Marker is on South Main Street (Georgia Route 9) near Jones Alley, on the right when traveling south. The marker is on the front of the building, to the right of the entrance. Touch for map. Marker is at or near this postal address: 29 South Main treet, Alpharetta GA 30009, United States of America. Touch for directions.

Other nearby markers. At least 8 other markers are within walking distance of this marker. A different marker also named Alpharetta Business District (a few steps from this marker); Old Milton County 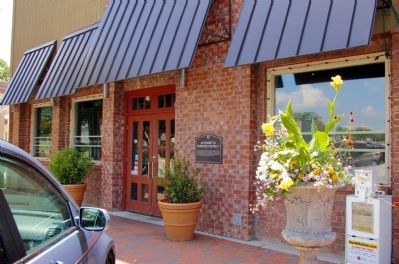 More about this marker. The marker is part of the Alpharetta “History Walk,” a walking tour of historic sites in the city. 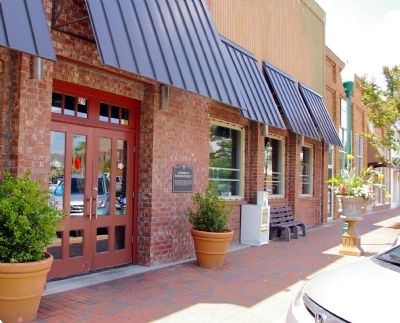 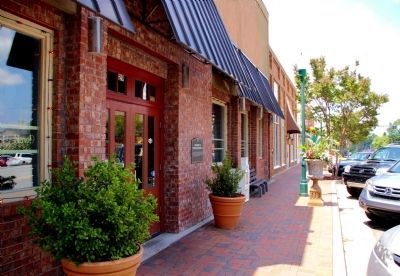