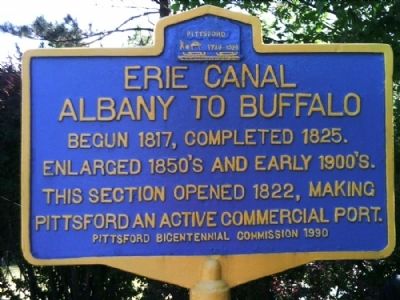 Topics and series. This historical marker is listed in this topic list: Waterways & Vessels. In addition, it is included in the Erie Canal series list. 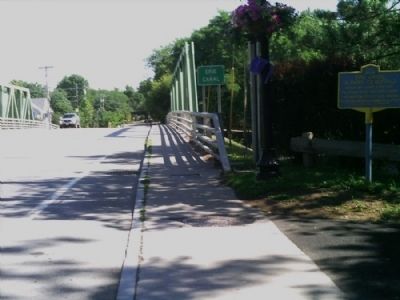 More about this marker. This marker is pretty easy to miss, it's tucked a little back from the road and is shaded by a tree. 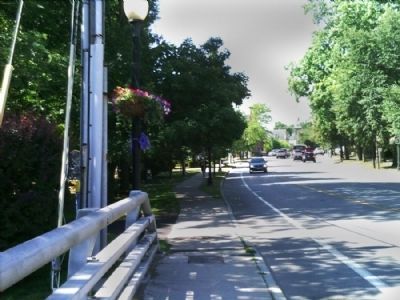 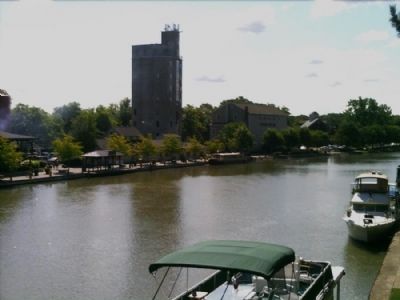 By Yugoboy, July 9, 2012
4. Erie Canal Marker
The waterway is obviously the canal. The buildings make up the old Port of Pittsford, now known as Schoen Place. The buildings have been rehabilitated over the last few decades, and the process is still going on. There are a number of restaurants, retail outlets and other services. People with children can stop on the boardwalk and feed the ever-present ducks. If you're riding along the canal path and need a bike repair, Towpath Bikes is one of the outlets.
Credits. This page was last revised on June 16, 2016. It was originally submitted on July 12, 2012, by Yugoboy of Rochester, New York. This page has been viewed 385 times since then and 26 times this year. Photos:   1, 2, 3, 4. submitted on July 12, 2012, by Yugoboy of Rochester, New York. • Bill Pfingsten was the editor who published this page.
Share This Page.