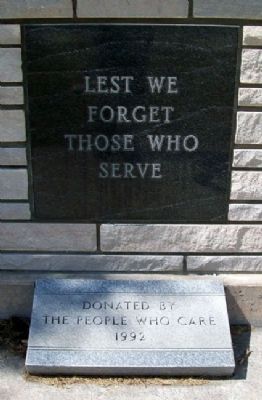 Photographed By William Fischer, Jr., September 11, 2011
1. Veterans Memorial Marker
Inscription.
Veterans Memorial. . , Lest we forget those who serve . This memorial was erected in 1992 by The People Who Care. It is in Humboldt in Allen County Kansas

Lest we forget those who serve

Location. 37° 48.633′ N, 95° 26.143′ W. Marker is in Humboldt, Kansas, in Allen County. Memorial is at the intersection of New York Street and 9th Street, on the right when traveling west on New York Street. Marker is near the southeast corner of the City Square. Touch for map. Marker is in this post office area: Humboldt KS 66748, United States of America. Touch for directions. 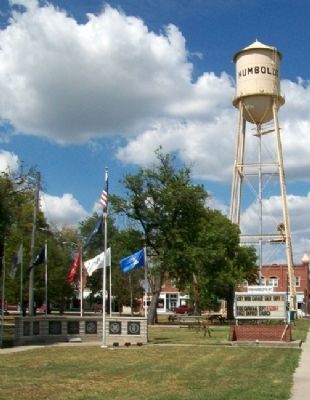