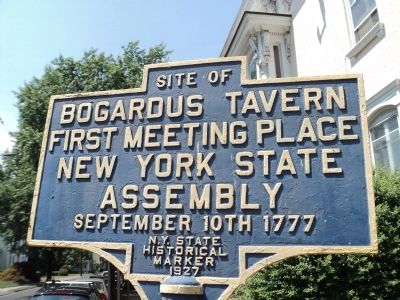 Topics. This historical marker is listed in these topic lists: Colonial Era • War, US Revolutionary. A significant historical date for this entry is September 10, 1777.

Location. 41° 55.865′ N, 74° 1.023′ W. Marker is in Kingston, New York, in Ulster County. Marker is at the intersection of Maiden Lane and Fair Street, on the left when traveling east on Maiden Lane. Touch for map. Marker is in this post office area: Kingston NY 12401, United States of America. Touch for directions. 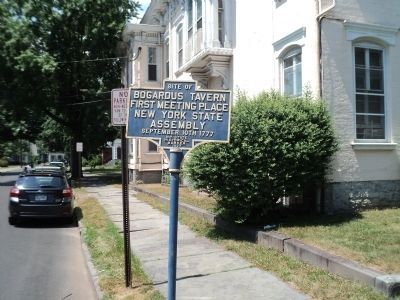 Photographed By Bill Coughlin, July 12, 2012
2. Bogardus Tavern Marker
Kingston was the first capitol of New York State with lawmakers first meeting at this location before moving to the nearby Senate House. Kingston remained the capitol until the British burned Kingston on October 16, 1777. 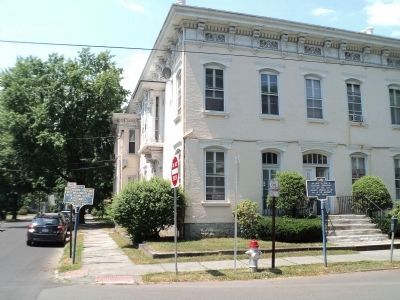