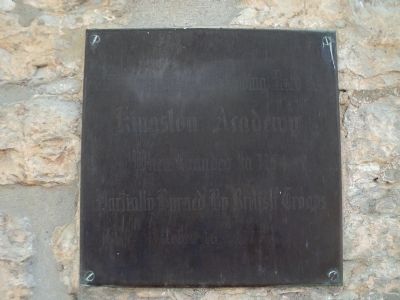 By Bill Coughlin, July 12, 2012
1. Kingston Academy Marker
Inscription.
Kingston Academy. .
This is the original building used as Kingston Academy when founded in 1774 Partially burned by British troops October 16th, 1777. . This historical marker is in Kingston in Ulster County New York

This is the original building used as
Kingston Academy
when founded in 1774
Partially burned by British troops
October 16th, 1777

Topics. This historical marker is listed in these topic lists: Education • War, US Revolutionary.

Location. 41° 56.016′ N, 74° 1.268′ W. Marker is in Kingston, New York, in Ulster County. Marker is at the intersection of Crown Street and John Street, on the right when traveling south on Crown Street. Touch for map. Marker is in this post office area: Kingston NY 12401, United States of America. Touch for directions. 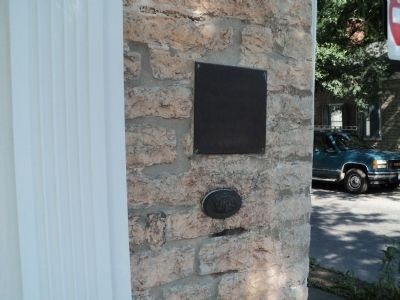 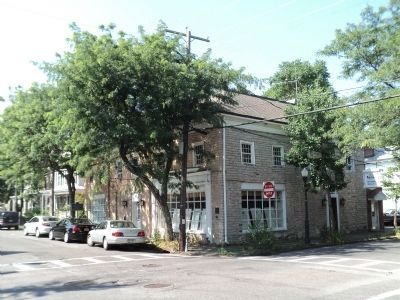 By Bill Coughlin, July 12, 2012
3. Marker on Crown Street
The marker is seen here on the corner of the building. 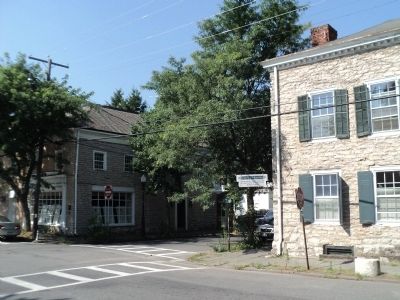 By Bill Coughlin, July 12, 2012
4. Four Corners (South View)
John Street and Crown Street in Kingston is the only intersection in the country where 18th century houses stand at all four corners. The Kingston Academy Building is seen on the left and the Dr. Matthew Jansen House to the right. 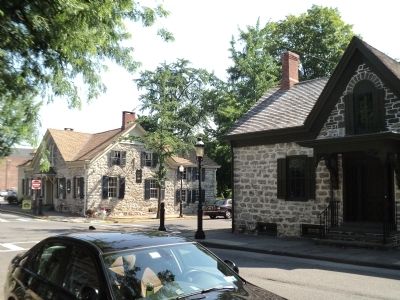