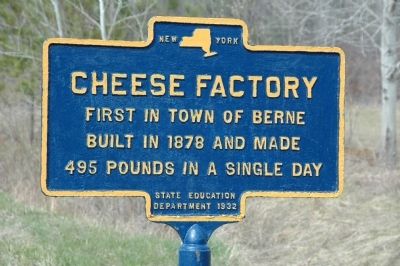 By Howard C. Ohlhous, April 7, 2012
1. Cheese Factory Marker
Inscription.
Cheese Factory. .
First in Town of Berne Built in 1878 and Made 495 Pounds in a Single Day . . This historical marker was erected in 1932 by New York State Education Department. It is Near Berne in Albany County New York 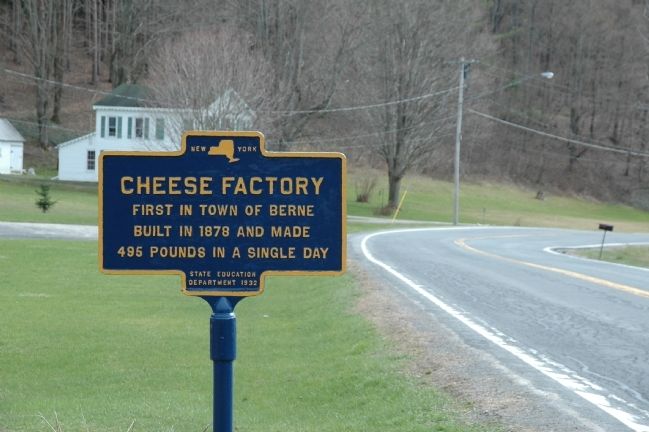 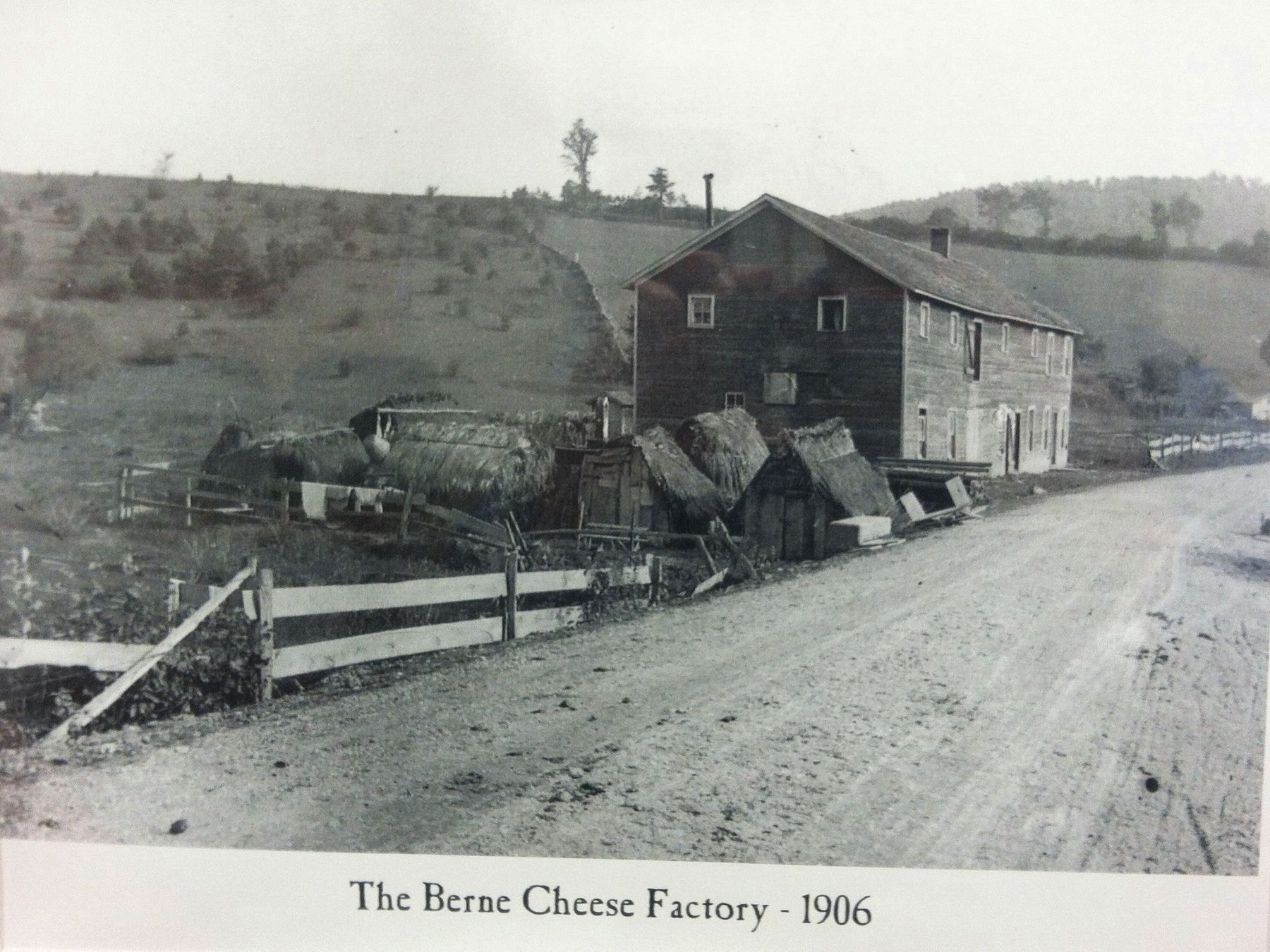